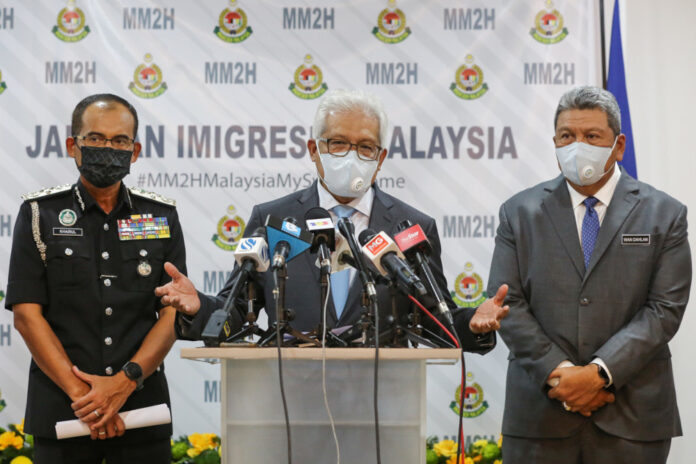 Of the total, the Immigration Department has approved 15 applications, with three of the participants already in Malaysia, he said.

“The remaining applications are being processed because this programme requires complete documents. There is a delay because some application are incomplete,” he told the media after launching the MM2H Executive Lounge at Level 5 of the Immigration Department Headquarters here today.

The MM2H Executive Lounge, which previously operated at MOTAC, provides comfortable space for participants of the programme to conduct their dealings.

Home Ministry (KDN) secretary-general Datuk Wan Ahmad Dahlan Abdul Aziz announced last August that MM2H, which was previously frozen, was reactivated with improvements to policies and application conditions so as to balance security and economic aspects.

Among the improvements to the MM2H programme was the setting of a ceiling on the number of participants, namely the principals and dependants, at any one time, with not more than 1% of the total Malaysian population.

“If these 111 applications are approved, they will bring in RM1 million each compared to RM300,000 previously. If this year we can approve 1,000 applications, we will get RM1 billion,” said Hamzah.

The MM2H programme, introduced in 2002, allowed foreigners to purchase property and reside in Malaysia on a long term basis. It was temporarily frozen in August 2020 to enable the Home Ministry and the Ministry of Tourism, Arts and Culture to study and review the programme comprehensively.

Teachers who reject vaccinations won’t be allowed to teach