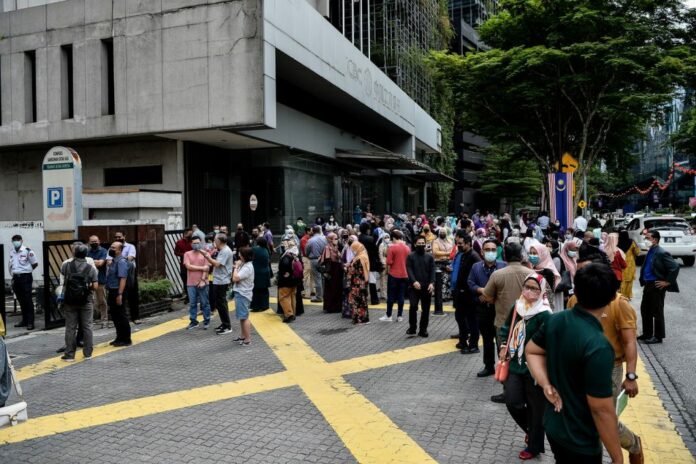 KUALA LUMPUR, Feb 25 — A strong earthquake in Indonesia’s Sumatera island today jolted Malaysians into rushing out of office buildings and houses as tremors were felt also along the west coast of Peninsular Malaysia.

The Twitter platform was abuzz with people who felt the tremors reporting their experiences and enquiring what had happened.

The Meteorological Department MetMalaysia tweeted that an earthquake of 6.1 magnitude had occurred in northern Sumatera at 9.39 am and that tremors were felt in the west coast of Peninsular Malaysia, especially in Perak, Selangor, Negeri Sembilan, Melaka and Johor.

It said the epicentre of the earthquake was 76 km northwest of Payakumbuh in Sumatera and that Malaysia did not face any threat of a tsunami that could be triggered by the tremblor.

Kuala Lumpur Fire and Rescue Department director Nordin Paudzi said that based on information from fire and rescue service personnel the tremors were felt throughout Kuala Lumpur.

“So far there have been no calls for emergency assistance linked to the tremors.

“Nevertheless, the fire and rescue service personnel are prepared for any eventuality. The department will monitor the situation via MetMalaysia,” Nordin said.

Several Bernama reporters said the tremors were felt for less than five seconds.

They said social media users expressed anxiety and worry when reporting their experiences.

Bernama editor-in-chief Khairdzir Md Yunus said all staff of the news agency were also instructed to temporarily evacuate the building as a safety measure.

“This is a standard operating procedure (SOP) for disaster. The safety of the staff is our priority as an earthquake could lead to other emergency situations,” he said as he joined the staff at the news agency’s parking lot.

Khairdzir said the management had also asked the Fire and Rescue Department to run an inspection on the building to ensure that it was not affected by the tremors.

In Putrajaya, the tremor was also felt at the federal government’s administration centre and staff of several ministries were also instructed to evacuate the buildings, including those at the Ministry of Communications and Multimedia and theMinistry of Housing and Local Government in Precinct 4, as well as the Setia Perdana Compex and the Ministry of Federal Territories in Precinct 2.

All the staff were asked to gather in open areas near their respective ministries.

Staff at the Prime Minister’s Department at Complex B said they were allowed to re-enter the building at 10.25 am.