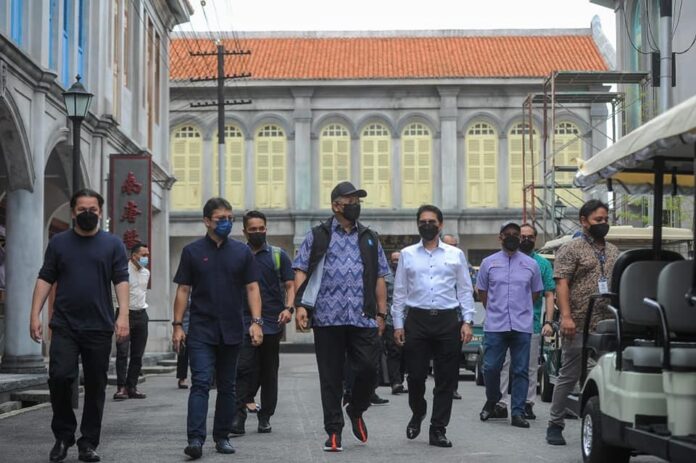 JOHOR BAHRU, Feb 26  — Several policies and regulations as well as tax system of the country’s creative industry need to be revisited and redesigned to be more competitive at the international level, thus further increasing its contribution to the Gross Domestic Product, said Communications and Multimedia Minister Tan Sri Annuar Musa.

He said although the creative industry had long been established in Malaysia and had great potential, its contribution to the country’s economy was still small.

“Post COVID-19 is a new race in various fields and the country needs to be ranked higher in competitiveness.

“Several agencies and stakeholders need to sit together to revisit and redesign set of policies to make us more competitive, among others, involving taxation, the entry and exit of investors, industry players from abroad and also some methods of controlling the production,” he told reporters after visiting the Iskandar Malaysia Studios (IMS) here today.

To boost the country’s film industry, Annuar said the ministry in collaboration with the National Film Development Corporation (FINAS) would ensure an aggressive promotional campaign.

“The government has outlined the policy, including in the Budget speech, that we are going to push the creative industry to the next level. So let’s do it, one of which is film industry,” he said.

He also called on the film industry players to generate ideas and proposals that can realise the government’s agenda.

AirAsia to raise up to RM1.024 bln from proposed rights issue