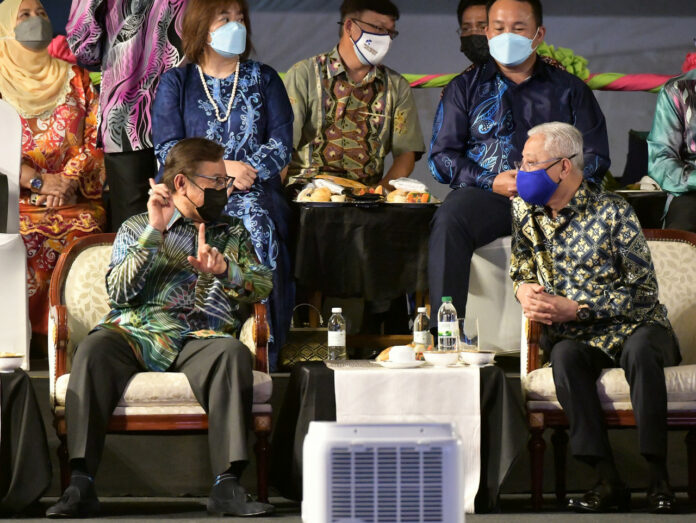 He said the uniqueness of Sarawak is clearly demonstrated and the state by itself is a ‘Citrawarna’, similar to the Keluarga Malaysia (Malaysian Family) Citrawarna carnival, brought by the federal government.

“With a large area, Sarawak is definitely coloured with various uniqueness of its communities and environment,” he said in his speech at the launch of the Keluarga Malaysia Citrawarna 2022 programme at the Kuching Waterfront here tonight.

Themed, ‘Festival of Cultural Diversity’, the four-day Keluarga Malaysia Citrawarna is held from Feb 24 with Kuching the first location selected after a four-year hiatus.

Throughout the carnival, a variety of tourism programmes and activities have been lined up, apart from Malaysian arts and culture performances.

Meanwhile, Abang Johari welcomes visitors, especially from the Peninsula to come to the state to see for themselves and feel the uniqueness of Sarawak.

“Come to Sarawak to enjoy Mee Kolok, Ayam Pansoh, Laksa Sarawak, Kek Lapis and so on, that may not be available in other places.

“Kuching can also be given the title of a Cultural City with the completion of the Borneo Cultural Museum, the largest cultural museum in the country, which will be open to the public soon,” he added.