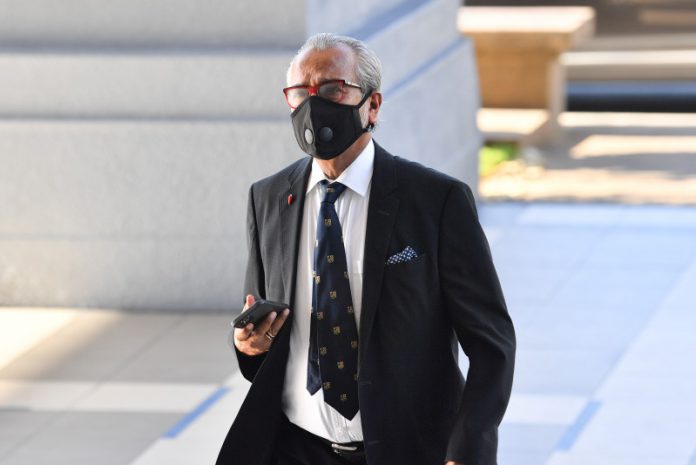 Deputy public prosecutor Mohamad Mustafa P. Kunyalam, who confirmed the matter, said Tan Sri Muhammad Shafee Abdullah will only be back from London tomorrow and has to be under self-quarantine for five days.

The prosecutor said that the trial dates were also vacated this week as Arul Kanda’s counsel Datuk N. Sivananthan has other court matters to attend to.

“The trial will resume on March 28,” he said after today’s proceedings were conducted before High Court Deputy Registrar Catherine Nicholas due to the above matters.

It was reported that Muhammad Shafee went to London to meet a prospective Queen’s Counsel (QC) to represent Najib in his appeal to quash his conviction and sentencing in the RM42 million SRC International case.

When the hearing resumes, former 1MDB chairman Tan Sri Mohd Bakke Salleh, 67, is expected to continue with his testimony.

The offence was allegedly committed at the Prime Minister’s Department Complex, Federal Government Administrative Centre, Federal Territory of Putrajaya between Feb 22 and 26, 2016.

Both of them were charged under Section 23 (1) of the Malaysian Anti-Corruption Commission Act 2009, which provides for a jail term of up to 20 years and a fine of no less than five times the amount of gratification or RM10,000, whichever is higher, upon conviction.

Malaysia to fly solo, pay off Singapore in HSR deal