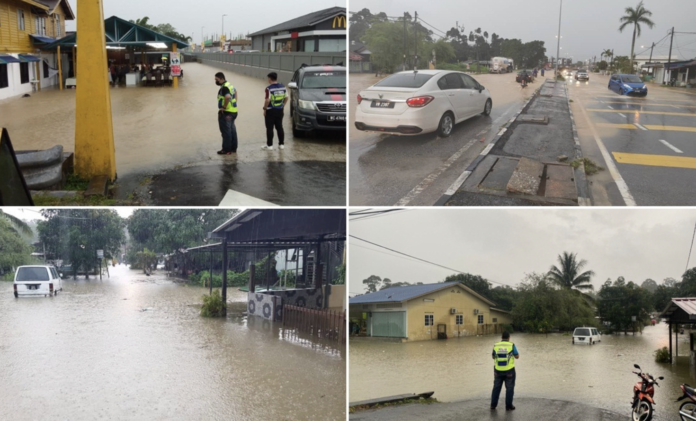 Teluk Intan Fire and Rescue Station chief Mohd Ismail Mohd Yunus said 18 victims from four families in Hilir Perak, had to be evacuated to the Dewan Serbaguna Padang Tembak  PPS after their homes in Batu 7 ½ Jalan Changkat Jong were flooded in the afternoon.

“Water rose since yesterday because of continuous rain but the water level was not high until this afternoon when it rained heavily this morning resulting in water level to rise,” he said when contacted by Bernama here today.

He said firemen were still actively monitoring the flooded areas.

Meanwhile, in the Muallim district, a total of 168 from 26 families were transferred to the  Dewan Sekolah Menengah Kebangsaan (SMK) Khair Johari PPS after flash floods hit Kampung Berop, Behrang this afternoon.

Muallim District Disaster Management Secretariat spokesman in a statement said various agencies including the Fire and Rescue Department,  the Civil Defence Force, the police and the Malaysian Volunteer Corps Department are monitoring the situation.

He said the water level at Sungai Kampung Berop was reported to be rising.