马中透视 MCI
Home Editor's Pick Johor polls: Who helped Felda should not be made an issue –... 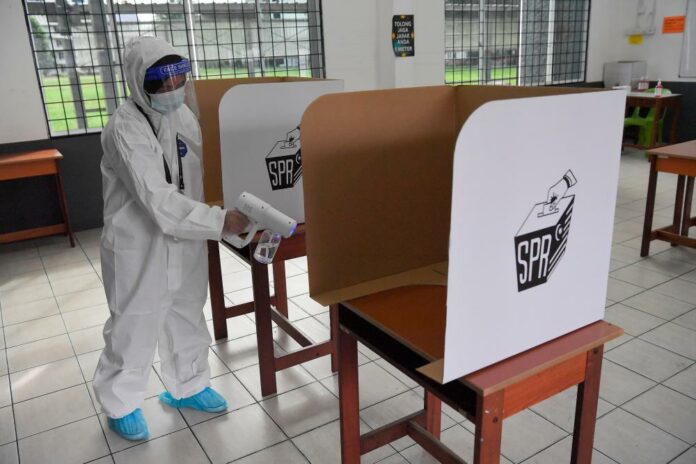 KOTA TINGGI, March 7  — The question as to who has helped Felda should not be played as an issue in the Johor state election, UMNO Supreme Council member Datuk Zahidi Zainul Abidin said.

The Deputy Minister of Communications and Multimedia said this was because all parties, in particular the ruling Barisan Nasional government, have played some role in assisting Felda folks ever since it was formed during the BN administration.

“This issue was triggered when Azmin (Perikatan Nasional information chief Datuk Seri Mohamed Azmin Ali) and Najib (former Prime Minister Datuk Seri Najib Tun Razak) started squabbling (about the issue) but what is important is that when there is an alliance government like now, every party is helping Felda.

“Not necessarily Azmin, and not necessarily Najib as Felda has been in existence for a long time and we have helped a lot, including myself when I was part of the Felda committee.

“So during this election, do not make claims as to who has helped (Felda),” he said at a BN campaign programme for the Panti state constituency in Bandar Tenggara Utara here tonight. Also present was the BN candidate for Panti, Hahasrin Hashim.

Mohamed Azmin prior to this had challenged Najib to a debate on Felda issues.

Asked whether sentiments played by the opposition would affect BN’s chances of winning the Johor polls, Zahidi said it would not as the state was a BN stronghold.

“Many Bersatu and Pejuang (Parti Pejuang Tanah Air) members have asked to rejoin UMNO and we see this as a good development as splinter parties don’t really progress,” he said while calling on all Malays to unite under one movement.