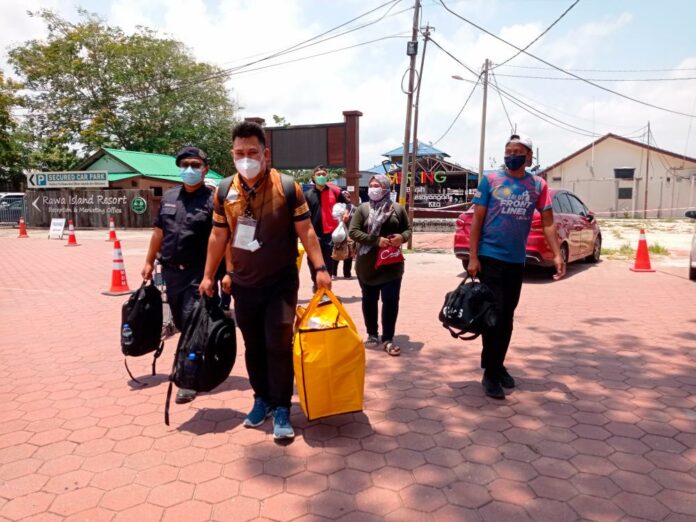 JOHOR BAHRU, March 12 (Bernama) — Polling for the 15th Johor state election which began at 8 am today has ended after all the 1,021 polling centres were closed at 6 pm.

After the polling stations were closed, all the ballot boxes from 4,638 voting channels were taken to 56 vote-tallying centres, and the official results will be announced tonight.

A total of 36,729 postal ballot papers were issued by the Election Commission (EC), while early voting on Tuesday (March 8) saw a turnout of about 87 per cent or 18,625 voters comprising members of the security forces and their spouses.

A total of 239 candidates from 15 political parties are vying for 56 seats in the Johor State Legislative Assembly.

A total of 2,539,606 regular voters of the 2,597,742 voters registered for this election were eligible to vote today. As at 4 pm, half of the regular voters have cast their ballots.

A total of 173,177 individuals aged 18 to 20 were eligible to vote in this election, marking the first time youths in this age group were making their debut as voters in the country.

This followed the passing of the Constitution (Amendment) Bill 2019 in March 2019 providing for the eligible voting age to be lowered from 21 to 18 and automatic voter registration to be implemented.

Barisan Nasional (BN) won 19 seats while PAS obtained only one.

However, the PH government in Johor collapsed after Bersatu pulled out from PH at the federal level on Feb 24, 2020.

Bersatu then teamed up with BN and PAS to form the Johor Perikatan Nasional (PN) government with 29 seats.