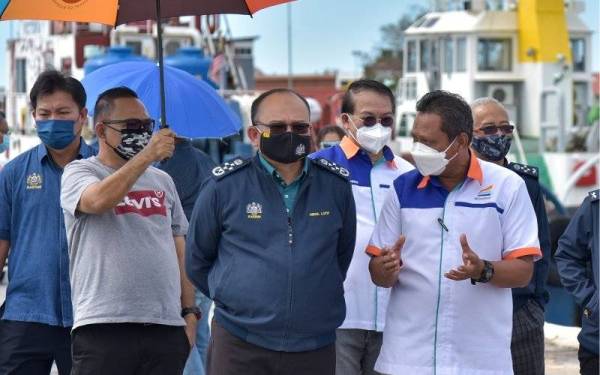 He said the imposition of excise duties had had an impact on cigarette smuggling but it remains to be seen whether the effect could be sustained.

“We will continue to monitor (excise duty policy) whether it works well or not,” he told reporters after making an official visit to Labuan Liberty Wharf (Labuan containerised port) here today.

Abdul Latif said industry players could give their views and suggestions to the Customs on the impact of the government’s decision to impose excise duties on cigarettes and tobacco products.

“According to a study commissioned by British American Tobacco (BAT), cigarette smuggling has caused the government to incur losses of up to RM5.1 billion in cigarette taxes annually. This figure is a challenge to us to curb this illicit activity,” he said.

Abdul Latif said the customs department recorded a 9.9 per cent increase in tax collection to RM42.5 billion last year from RM38.67 billion in 2020.

“We are optimistic of collecting a RM45 billion revenue for the government’s coffers this year, but it will depend on the economic situation. With all the economic sectors now allowed to operate, we are very sure we can achieve the target,” he said.

Earlier, he was briefed by Labuan port operator Megah Port Management Sdn Bhd on the improvement to port facilities, including the completion of concrete container yard and port security fencing projects.

He said the Labuan port should continue to expand its operations and services to cater for the oil and gas-related sectors in this island.

Delta variant can cause infection in just 15 seconds – Health...

Dr Mahathir: Malays’ anger against the Palace boiling up as Emergency...