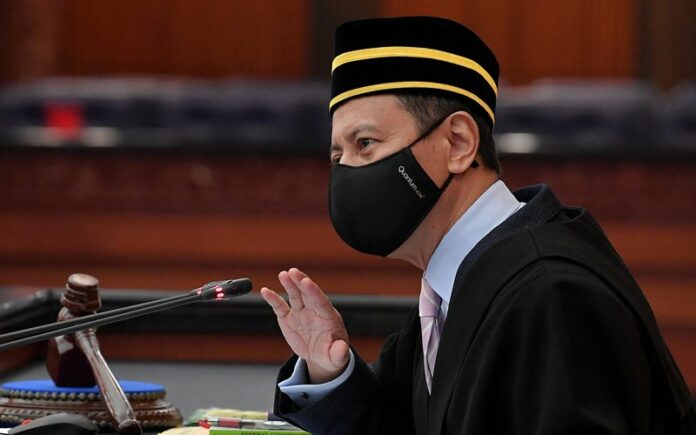 Speaker Tan Sri Azhar Azizan Harun, extended the condolences on behalf of members of the house and its staff, before the winding up of the debate on the motion of thanks for the royal address for ministries began.

“With deep sadness, I was made to understand that the beloved mother of Tuan Ibrahim Tuan Man (Minister of Environment and Water) passed away yesterday. Our deepest condolences to him and his family on the passing of his beloved mother,” he said.

Azhar also prayed for her soul to be blessed and invited Muslim members of Parliament to recite Al-Fatihah.

Nik Hasanah, died at the age of 81 at 6.30 pm yesterday in Kampung Batu Balai, Jerantut, Pahang.

It is understood that the funeral prayers were held at the Batu Balai Mosque, Jerantut, Pahang this morning, before the burial at the Kampung Batu Balai Cemetery.

Malaysian Family, a new determination to free country from COVID-19, to...

MACC nabs 59 staff of public and private universities for corruption...