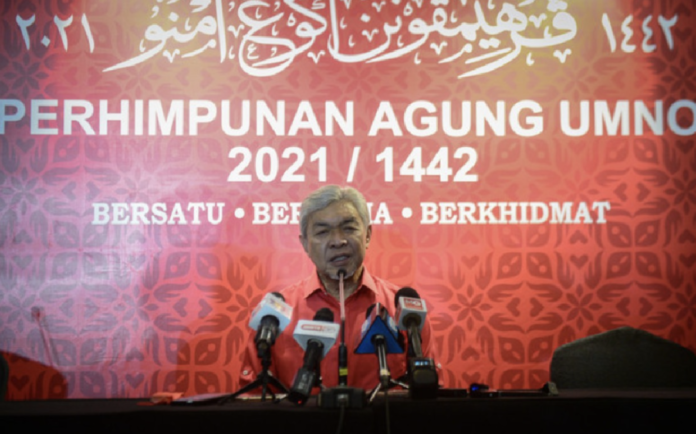 KUALA LUMPUR, March 17 — The appointment of the new Johor Menteri Besar is among issues to be addressed by UMNO president Datuk Seri Dr Ahmad Zahid Hamidi in his speech at the UMNO General Assembly 2021 tomorrow.

He said the issue of whether the 15th general election (GE15) should be held early or not, as raised by the party’s grassroots and leaders, would be addressed as well.

“I will reply to both these issues tomorrow,” he said briefly in a news conference after inspecting proceedings of the UMNO Youth, Puteri and Wanita wings at the World Trade Centre Kuala Lumpur (WTC) today.

On the three wings’ assemblies which began today, the Bagan Datuk Member of Parliament said the delegates were in high spirits and came well prepared to talk on current and national issues.

He reminded the party to continue preparing its machinery and the three wings for GE15.

Employers’ quota will be cancelled if salaries of foreign workers are...