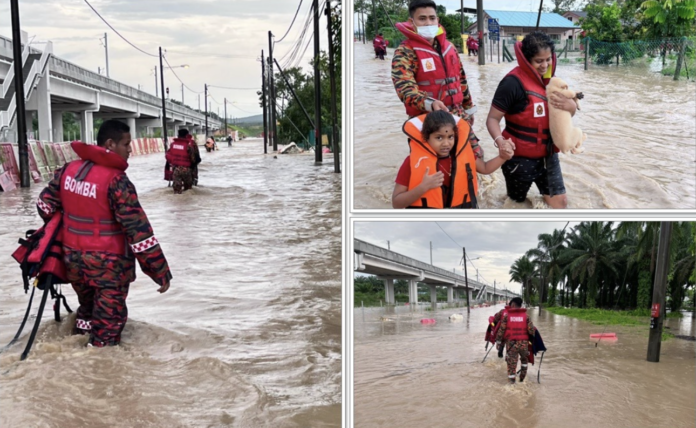 JOHOR BAHRU, March 17 — A total of 18 people from five families in Renggam, near Kluang, were evacuated to the temporary relief centre at Sekolah Kebangsaan Jubli Renggam after their area was hit by flash flood today.

He said six firefighters, who were assisted by six police personnel, evacuated all the victims, comprising 16 men and two women aged between 20 and 30, to the centre.

“There were parts where the water level rose to nearly one-metre high and, as of 6 pm, the flood began to subside,” he said in a statement today, adding that they were still monitoring the situation in the area.

Ringgit opens higher against US dollar