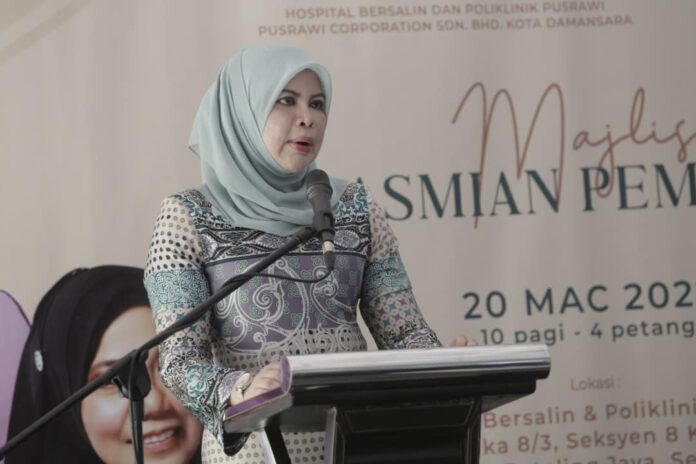 PETALING JAYA, March 20 — The Women, Family and Community Development Ministry (KPWKM) will discuss with the relevant ministries and agencies on the proposed action of freezing the bank accounts of men who fail to pay alimony to their ex-wives.

Its minister Datuk Seri Rina Mohd Harun who welcomed the government’s announcement on the action, said her ministry would try to implement the measure this year with the cooperation of these ministries and agencies.

“Based on the information we received, many ex-husbands fail to provide alimony. So through the announcement made, the ex-wives will be able to receive it, ” she told reporters after the launching of the new image of the Pusrawi Maternity Hospital and Polyclinic in Kota Damansara, here, today.

“Ex-wives who are not paid alimony can complain via the Talian Kasih line at 15999 or the other KPWKM platforms,” she added.

Yesterday, Prime Minister Datuk Seri Ismail Sabri Yaakob, who is also UMNO vice-president, when winding up the debate at the party’s General Assembly 2021, announced that the bank accounts of men would be frozen if they violated the court order to provide maintenance for there ex-wives.

He said this was among the matters decided upon by the government in protecting women including the court cases won by women in claiming alimony.

Besides that, he said widows were allowed to work from home during her iddah (waiting) period (four months and 10 days) following the husband’s death while the employers could not force them to work in the office during this period of bereavement until the end of the iddah in respecting their situation.

“This is a welcomed move as after losing her husband, a woman has many matters to attend to such as those involving the children and home,” said Rina in response to the move.

“The COVID-19 pandemic has proven that we are also equally capable when working from home,” she added.

PICKids: Parents told to get their children protected before May 15...