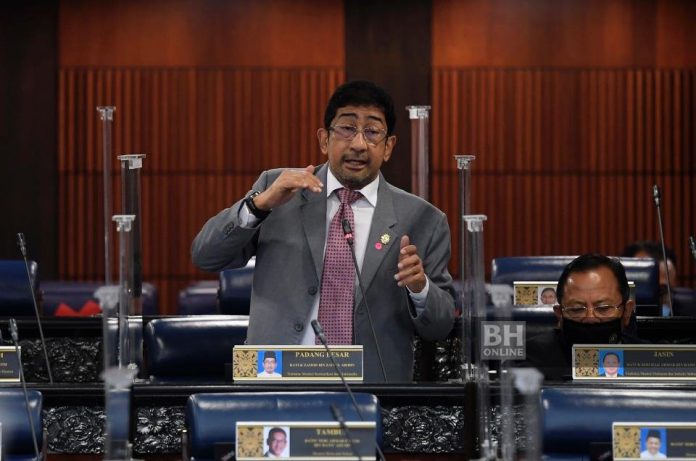 KUALA LUMPUR, March  21 — The issue of contribution to Employees Provident Fund (EPF), Social Security Organisation (Socso) as well as insurance coverage for independent artistes and practitioners were among the subjects discussed in the Creative Industry Task Force .

Deputy Communications and Multimedia Minister Datuk Zahidi Zainul Abidin said the Task Force is studying and simplifying measures to improve the creative industry including the welfare of art practitioners including artistes, actors, as well as behind-the-scene workers

He was replying to a question by Dr Maszlee Malik (PH-Simpang Renggam) who wanted to know the efforts and incentives of the Ministry of Communications and Multimedia (K-KOMM) to assist actors and artistes to save and contribute to EPF for their future and retirement at Dewan Rakyat today.

Replying to a supplementary question by Ahmad Fadhli Shaari (PAS-Pasir Mas) on the royalty of art practitioners, Zahidi said K-KOMM is discussing on how to step up efforts towards taking care of the welfare of artistes including on matters relating to royalty.

On the plan of the ministry to look after the welfare of veteran artistes, he said inputs from artistes associations were also acquired to find measures to take care of the welfare of the group as there were reports that some of them were bedridden and driven from home.

He said this in response to a supplementary question by Datuk Muhammad Bakhtiar Wan Chik (PH-Balik Pulau) who wanted to know K-KOMM’s plans to look after the welfare of veteran artistes.

Small boats allowed to travel from islands to Sabah mainland