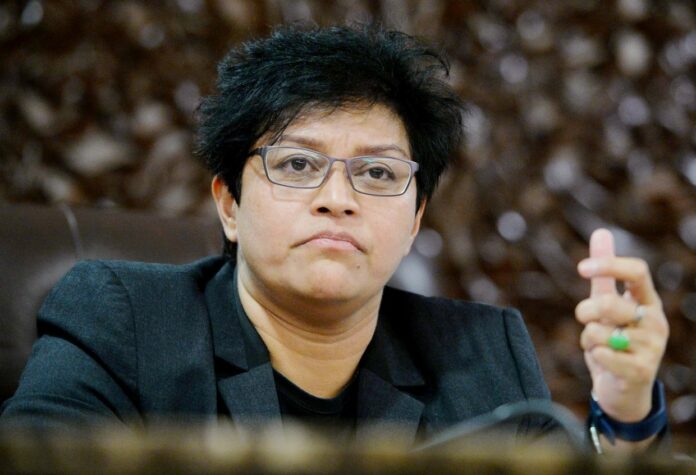 PENGERANG, May 13 — Pengerang Member of Parliament Datuk Seri Azalina Othman Said has described the formulation of the anti-party hopping law as a progressive approach for Malaysia in facing the 15th General Election (GE15).

She said the effort to draft the Anti-Party Hopping Bill was a positive move made by the government led by Prime Minister Datuk Seri Ismail Sabri Yaakob.

“To me, this is a much fairer approach so that the people do not feel cheated and we must give voters a commitment that their votes are very valuable.

“We don’t want them to vote for candidate ‘A’ who represented a certain political party but after winning, the individual jumps to party ‘B’ which the people did not vote for. That is why the government is very serious about this,” she told reporters when met at the Pengerang parliamentary constituency Aidilfitri open house in Bandar Penawar here today.

Azalina said she was optimistic that the Bill could be tabled and passed before GE15.

“I hope in the near future, we can make amendments, especially under Article 10 and 48 (of the Federal Constitution) before GE15 takes place,” she said.

She said the government had compromised a lot to bring about changes so as to ensure that the people remained confident in the country’s democratic system.

The tabling of the Anti-Party Hopping Bill in the Dewan Rakyat, which was scheduled for April 11, had been postponed and is expected to be tabled in Parliament this July.

Through the MoU, a 90 per cent subsidy will be given to senior citizens to obtain physiotherapy services at only RM20 per hour compared to RM150 previously.