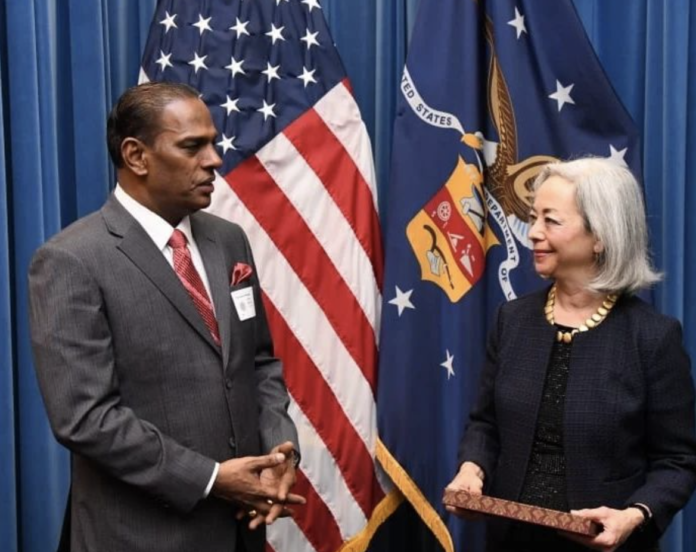 PUTRAJAYA, May 13 — The United States through its Department of Customs and Border Protection (US CBP) has agreed to work with the Malaysian government to address the issue of forced labour through the establishment of a working committee, said Human Resources Minister Datuk Seri M. Saravanan.

He said in a statement here today that the committee, which would focus on exchanging information, including formulating policies that could support the country’s initiatives towards combatting forced labour, would meet every three months.

He said the US CBP is also expected to undertake a working visit to Malaysia at the end of this month and hold a workshop with the country’s industry players.

“The workshop will shed a light on matters related to elements of forced labour that should be avoided by industry players so that their products will not be banned from entering the United States market,” said Saravanan who is currently on a working visit to Washington.

Saravanan said the working visit had opened up opportunities for bilateral cooperation in curbing forced labour as well as being a platform for the United States to better understand the challenges faced by Malaysia in tackling the forced labour and child labour issues.

“The United States deeply appreciates the Malaysian government’s efforts and is ready to continue its strategic cooperation in combatting forced labour,” he said.

According to Saravanan, he had met with US CBP Executive Assistant Commissioner AnnMarie Highsmith and the United States Department of Labour (US DOL) Deputy Undersecretary for International Affairs Thea Lee.

He said he had shared the initiatives of the Ministry of Human Resources in addressing nearly all forced labour indicators listed by the International Labour Organisation (ILO) such as retention of identity documents, excessive overtime and withholding of wages.

Regarding the cooperation with the US DOL, Saravanan said the department has agreed to share its expertise in technology transfer, capability building and apprentice programmes.

He said the department also suggested that Malaysia provide exposure to workers on the importance of trade unions, adding that this is in line with the amendments to the Trade Unions Act 1959 which will be tabled in Parliament in July.