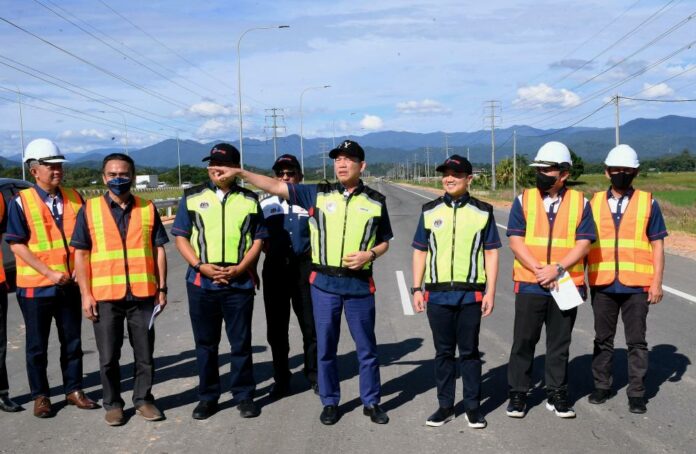 PAPAR, May 28 — The Works Ministry will set up a task force to find an immediate solution to the road damages along the Telupid-Beluran route to ensure the comfort and safety of road users.

Fadillah said the task force would also collect data and submit relevant proposals to the ministry, besides ensuring that the context of the road maintenance was to serve as a short-term solution to reduce the inconvenience of road users in the area.

“The long-term solution is to build a new road through the Pan Borneo Sabah (Highway project), however, it will take time to complete. The implementation strategy of JKR Sabah is to complete two (out of) the four lanes first, but the fastest (the time it would take) is 18 months to complete.

“One of our challenges is also dealing with (the issue of) overloaded vehicles, because we are aware that the (existing) roads have exceeded their lifespan, which means we have to rebuild or build new ones because the land is no longer able to cope with the current situation.

Earlier, Fadillah surveyed the implementation of a work package under the Sabah Pan Borneo Highway project which involved road upgrading works from Donggongon, Penampang, to the Jalan Papar Spur junction in conjunction with the ministry’s FTRoadpedia Tour.

Fadillah said the work package was the first one implemented starting July 31, 2016, and was expected to be completed this June.

He said the first phase of the Sabah Pan Borneo Highway project was 57 per cent complete involving 15 work packages for which contractors had been appointed.

He said principle approval had also been obtained for the remaining 19 work packages in the first phase during a Cabinet meeting on March 4.