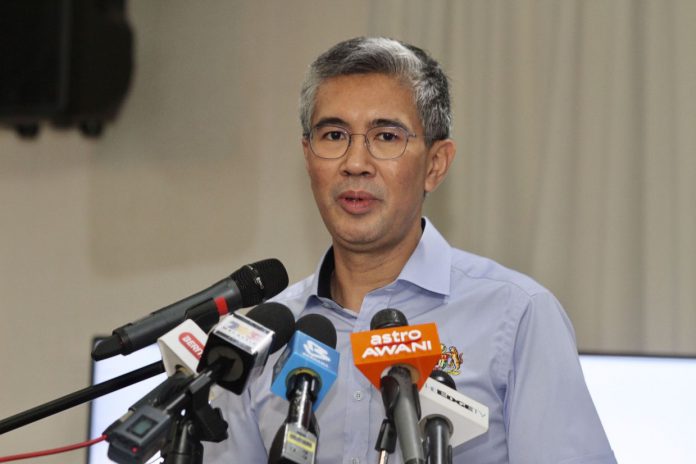 KUALA LUMPUR, June 17 — The government is willing to consider fiscal incentives to assist telcos’ transition to 5G, to mitigate any short-term commercial consequences of providing 5G services to their customers.

Finance Minister Tengku Datuk Seri Zafrul Abdul Aziz said the availability and adoption of 5G contributes to the nation’s digital ambitions while ensuring connectivity as a basic right for Malaysians.

“As I mentioned earlier, 5G will boost the economy by RM650 billion and create 750,000 high-value jobs between now and 2030. Hence, the success of our 5G deployment is a matter of public interest,” he said in an interview with The Straits Time today.

Tengku Zafrul said the deadline for Malaysian telcos to decide whether to take up stakes in Digital Nasional Bhd (DNB) remains by the end of this month because all stakeholders must share a sense of urgency for Malaysia to step up its connectivity game – for businesses, for manufacturing and for our people – to remain competitive in the region.

“DNB and the telcos have been asked to meet the June 30 deadline. The majority of the process should be completed by then. If an extension is required, the process may be extended until early July, but no later than that.

“It is now moving in the right direction, toward our primary goal of providing 5G services to as many users and businesses as possible in the shortest amount of time, allowing Malaysia to catch up with its regional peers,” he said.

In the medium to long term, he said these telcos will reap the benefits of 5G without the need for additional government assistance.

“The larger issue is Malaysians’ and businesses’ access to 5G technology. If telcos, particularly the larger ones, continue to delay providing 5G services to their customers, as recently mentioned by the Minister of Communications and Multimedia, his ministry will consider other options, such as issuing new licences to new players to enable the speedy delivery of 5G services in the country.

“Indeed, the interests of Malaysia and its people must take precedence over the telcos’ narrow commercial interests,” he said.

According to the minister, the first stage of the equity take-up process, which involved gathering feedback from telcos on a confidential consultation document issued by DNB, was successfully completed in early June where all invited parties provided constructive feedback on that document.

“We are now in the second stage, which is the distribution of a Term Sheet for the Telcos’ equity participation. This Term Sheet summarises the key terms under which DNB will be governed as an entity with both the Ministry of Finance (MoF) and telcos as shareholders. DNB and interested telcos will then work on signing the Term Sheet as soon as possible,” he said.

On the equity hold by telcos in DNB, Tengku Zafrul said the equity stakes offered to telcos that are not taken up will be re-distributed to those who wish to hold equity in DNB.

“So, the telcos may be able to obtain a larger stake than the 7.78 per cent initially offered to them. However, no investor may own more than 20 per cent of DNB; or 25 per cent in the event of a merger among DNB equity stakeholders.

“The MoF will hold 30 per cent of DNB. However, if only a few telcos invest in DNB, the ministry will take up any remaining shares, based on the maximum telco shareholding of 20 to 25 per cent,” he said.

Tengku Zafrul said the majority of DNB’s financing will continue to be provided by private sector loans and debt instruments and any funds raised through the issuance of new shares for DNB’s 70 per cent equity will reduce the need for private sector financing, but will not entirely replace it.

“The government believes that DNB’s value proposition serves the telcos’ long-term interests because it requires no heavy capital expenditure (capex) investment while ensuring higher consumption and thus improved average revenue per user (arpu) and overall revenue in the medium and long term,” he said.

The minister also stressed that the equity offer in DNB was made to enhance public-private partnerships and allow local telcos to participate in the 5G network and infrastructure rollout, not to help in the financing of the 5G rollout.

“All 5G spectrum will be available only through DNB. DNB is able to obtain financing to fund the network rollout because 5G services will undoubtedly be in demand in the country. I am aware that DNB has discussed financing with various banks,” he said.

Despite receiving various interest in DNB from both domestic and foreign investors, Tengku Zafrul said that Malaysian telcos should be prioritised over any foreign interest.

“While other parties’ interest in DNB remains strong, I do not believe that those other parties will take the place of Malaysian telcos in DNB unless a situation warrants a reconsideration of that stance,” he said.