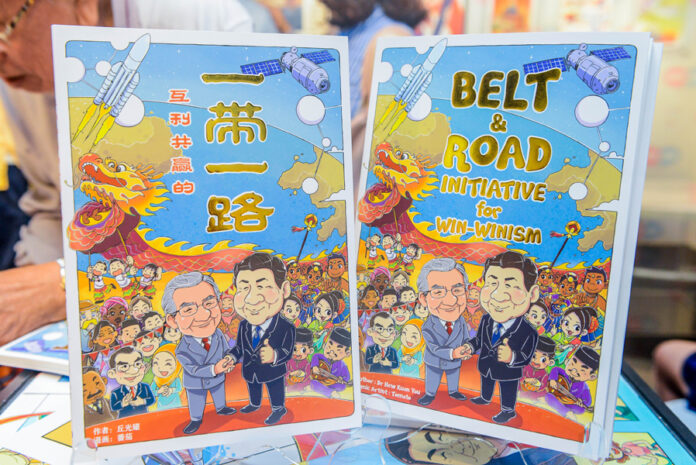 Justice Ravinthran, who delivered the court’s decision, granted Hew, who is known by his moniker “Superman Hew”, a certiorari order to quash the Home Minister’s order to ban the book, and an mandamus order compelling the Home Ministry to return copies of the books that had been seized.

However, he said the court was of the view that Hew’s request for a declaration to strike down Section 7 (1) of the Printing Presses and Publications Act 1984, under which the ban was issued, on the grounds it was unconstitutional, had no merits.

Meanwhile, the panel, led by Justice Hanipah, set aside the High Court order for Hew to pay costs of RM5,000. She also awarded RM1,000 costs to Hew for proceedings in the Court of Appeal. The decision was delivered online via Zoom.

Hew filed an application seeking leave to commence a judicial review application on Nov 26, 2019 . He sought for a certiorari order to quash the book ban and a mandamus order to compel the Home Ministry to return copies of the book that were seized.

In his application, naming the Home Minister, the Home Ministry, the Attorney-General’s Chambers and the government of Malaysia as respondents, Hew also sought a declaration that Section 7(1) of the Printing Presses and Publications Act is unconstitutional and should be declared null and void.

Hew is the co-author of the comic book published in three languages — Malay, English and Chinese by the Asia Comic Cultural Museum.

The book purportedly paints a glowing picture of China and its Belt and Road Initiative, while allegedly putting the Western world in a negative light.

It was reported that the ministry had banned the book by issuing a prohibition gazette under Section 7 (1) of the Printing Presses and Publications Act on grounds that its contents could be detrimental to public order and disturb the thoughts of the people.

MoHA ready to mobilise its agencies to help KPDNHEP