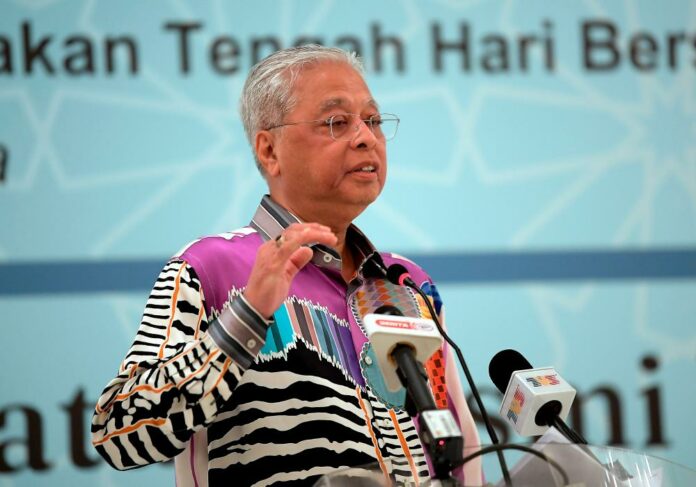 ISTANBUL, July 6 — The rise in inflation and prices of essential items is not only felt in Malaysia but almost all over the world.

In fact, some countries are facing higher inflation rates due to the steep rise in demand for goods and services since the economy reopened after the COVID-19 pandemic, including Turkiye which recorded an increase in food prices almost every week.

During his luncheon with Malaysians residing in Turkiye here yesterday, Prime Minister Datuk Seri Ismail Sabri Yaakob said the inflation rate in Turkiye has hit 78 per cent, the highest in 24 years, compared to Malaysia’s 2.8 per cent.

The Prime Minister, who arrived here on Tuesday for a four-day official visit to the republic, said what differentiated Malaysia from most other countries was the rate of subsidy given by the Malaysian government, which has exceeded RM77.7 billion.

Malaysians staying or studying in Turkiye admitted being affected by the inflation as the costs of transport, food and household items recorded the most significant increases, with the cost of transport doubling during the year.

“What we are facing now is very bad. Inflation has risen sharply. Airfares now start at 1,800 lira and can hit 2,000 lira compared to only 799 lira before. If you take the bus, the ticket used to cost only 200 to 300 lira, but now it can be up to 900 lira,” said Muhammad Hafiz who studied at a city near the Turkiye-Armenia border.

For Nurbalqis Abdul Rashid, the biggest challenge for her was the house rent which was just increased from 1100 to 2,500 lira.

“The difference is huge and when we try to find a new house to rent, the cheapest would be around 4,000 lira a month and most of them were not so keen on having foreign tenants.

“There is an increase in the prices of goods every week, especially food items,” she said.

The Turkish lira has lost half of its value against the dollar in the past 12 months, which led to the increase in the price of imported goods.

Right now, there are over 500 Malaysians residing in Turkiye, 200 of whom were students.

PPV in schools will help speed up children’s vaccination rate –...

Analysts predict OPR may hit three per cent in 2023