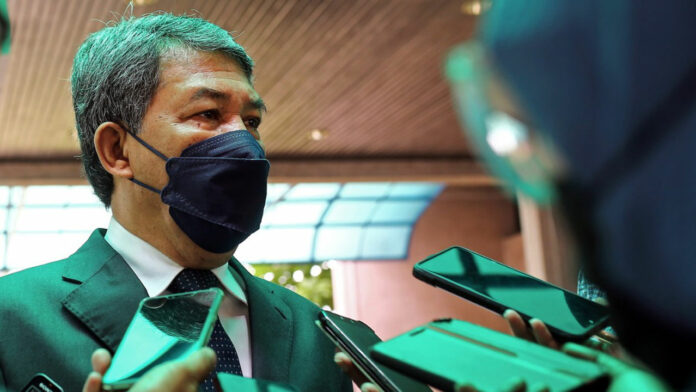 SEREMBAN, Aug 9 — The application by Parti Bangsa Malaysia (PBM) to join BN will be discussed at the BN supreme council meeting in the middle of this month, said BN deputy chairman Datuk Seri Mohamad Hasan.

Mohamad said Datuk Zuraida Kamaruddin, who is slated to take over the PBM presidency, had met him in his office last month to express PBM’s desire to join BN.

“Datuk Zuraida did meet me in my office last month, expressing PBM’s desire to join BN. I told her that BN (membership) is not decided by one person but has to be decided on consensus.

“It needs the agreement of all quarters and component parties in BN. If one party disagrees, it cannot be done. I have asked her to write a letter to the BN chairman for the matter to be considered at the coming BN meeting,” he said today.

Mohamad, who is also Rantau state assemblyman, was speaking to reporters after attending the Negeri Sembilan state assembly sitting here.

Media reports had said PBM was still waiting for a reply from BN regarding its application to join the coalition.

Mohamad, who is UMNO deputy president, said apart from PBM, several other parties had also expressed their intention to join BN.

“From time to time, newly established parties expressed their desire to join BN but most were told to become friends of BN first. Most of these parties did not have state assemblymen and Members of Parliament, but PBM is different because it has elected representatives.

“The matter will be carefully considered from various aspects, and we also do not want other quarters to feel uneasy if we accept any party as a BN member. So, it will be deliberated on at the BN supreme council meeting,” he added.

28 Top Glove factories in Klang to close in stages