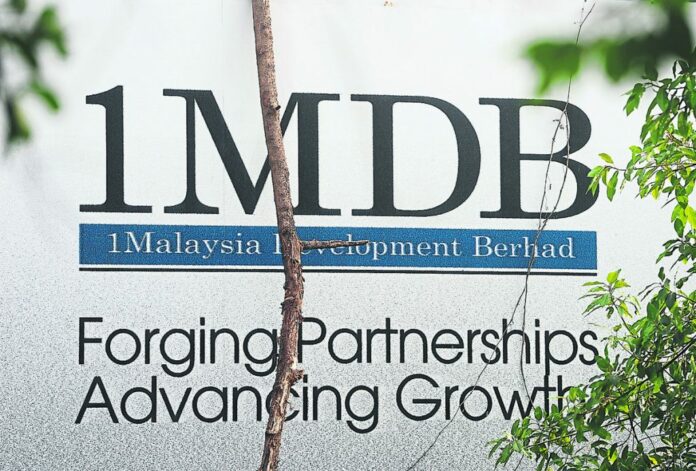 KUALA LUMPUR, Sept 21 — The High Court today was told today that no funds from 1Malaysia Development Berhad (1MDB) were used in an oil exploration project between Petrosaudi International Ltd (PSI) with the Venezuelan government and that none of it ever flowed into the escrow account held by United Kingdom law firm, Clyde & Co LLP.

Counsel Alex Tan described the unspecified sum of monies kept in Clyde & Co as ‘clean’ monies and which came from an oil drilling contract that PSI had entered into with a Venezuelan-based company, Petróleos de Venezuela (PDVSA), which is a lawful economic proceed.

Tan was representing PSI, its subsidiary Petrosaudi Oil Services (Venezuela) Ltd (PSOS-VZ) and Temple Fiduciary Services Limited, who are the second, third and fifth respondents in the government’s application to block PSI director Tarek Obaid, PSI and PSOS-VZ from using the monies kept in the UK law firm.

In the suit, the government claimed the monies originated from 1MDB funds in a joint venture with PSI to form 1MDB Petrosaudi Ltd in 2010.

During the application hearing before Judge Datuk Ahmad Shahrir Mohd Salleh today, Tan argued that PSOS-VZ had entered into an oil drilling contract with Petróleos de Venezuela (PDVSA) and carried out the drilling activity using a drillship called ‘Saturn’, hired from a Singapore-based entity.

To sum up his submission, Tan said it is clear that the monies in the escrow account are clean monies and no 1MDB monies can be suggested to be traceable to the arbitration final award.

Meanwhile, counsel Datuk Mohd Yusof Zainal Abiden, who appeared for Obaid argued that the supporting affidavit affirmed by the investigating officer (IO) for this case is based on hearsay and relied solely upon a copy of the United States Department of Justice’s report (exhibit “MAAA-1”) and a witness statement (exhibit “MAAA-3”) by former 1MDB chief executive officer, Datuk Shahrol Azral Ibrahim Halmi.

“Paragraph 30 to 40 in the affidavit affirmed by the IO, Mohd Afiq Ab Aziz are not facts that supports the application, but rather his findings after he set out the chronology of the facts based on “MAAA-1” and “MAAA-3”.

“We do not know which part of the averments he obtained from both the exhibit and which are his own. Any averments based on these two documents should be disregarded,” he said.

Mohd Yusof further added on the basis of hearsay, Shahrol Azral’s statement is a witness statement in a trial and it cannot be verified to be used in this application.

“If Shahrol Azral filed an affidavit for this application, we might be able to cross-examine him, but since it (his witness statement) is only referred to in the affidavit of the IO, how do we actually challenge whatever statement that may have implicated my client?” he said.

On July 16, 2020, the court granted the government’s application for an interim order to block the parties from moving the monies linked to 1MDB and kept it in a client’s account at a United Kingdom-based law firm.

The interim order is to maintain the status quo of the parties until the disposal of the government’s prohibition application to seek an order to restrain any dealings on the monies belonging to PSI and its subsidiary, PSOS-VZ which are currently in an escrow account held by Clyde & Co.

The government, in its application, is also seeking unspecified money that was deposited under an intermediate account name, Temple Fiduciary Services Limited, at Barclays Bank in the UK.

The application, filed under Section 53 of the Anti-Money Laundering, Anti-Terrorism Financing and Proceeds of Unlawful Activities Act (AMLATFPUAA), named Obaid, PSI, PSOS-VZ, Clyde & Co and Temple Fiduciary as the first to fifth respondents.