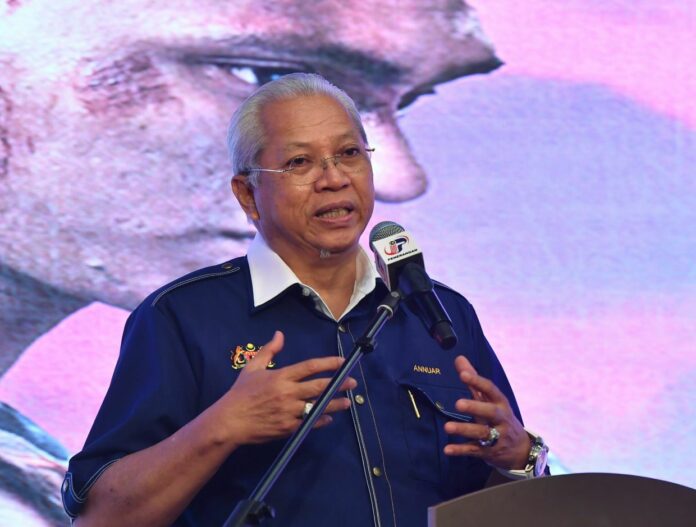 KUALA LUMPUR, Sept 22 — The Communications and Multimedia (C&M) Industry has contributed RM1,789.2 billion or 8.2 per cent of  Bursa Malaysia’s total market capitalisation in 2021, which is a 2.8 per cent increase from 2020.

“The increase was driven by the reopening of the economy and the stimulus programmes implemented by the government,” he said in a statement posted on his Facebook today.

Annuar said despite the challenges due to the COVID-19 pandemic, the country’s telecommunications sector managed to fend off the impact of the pandemic, due to the increased demand for connectivity as well as public and business dependence on communication services.

He said through the National Digital Network (JENDELA) initiative, the country’s broadband infrastructure was improved to provide services in all populated areas, thus encouraging customers to enjoy the benefits of broadband services.

Subsequently, demand for both mobile and fixed broadband services was higher, which contributed to an overall increase in broadband subscriptions of 8.4 per cent to 45.75 million in 2021 compared to 42.19 million in 2020.

“Meanwhile, streaming services continued to put pressure on the country’s broadcasting sector, thus resulting in a decrease of the sector’s revenue by 1.9 per cent to RM5.28 billion compared to RM5.38 billion in 2020.

“In 2021, two new channels were introduced on MyFreeView, namely TV6 by RTM and TV Sarawak by Sarawak Media Group,” he said.

Annuar added that throughout the pandemic, the postal and courier sector continued to operate in a competitive market environment despite the e-commerce boom and surge in parcel deliveries.

“The revenue of the  postal and courier segment decreased by 4.7 per cent to RM2.66 billion compared to RM2.79 billion in the previous year.

Meanwhile, the number of e-payment transactions continued to record double-digit growth of 30 per cent to 7.2 billion transactions in 2021.

He said moving on to 2022, the rate of digital technology usage is expected to remain high with the shift to the use of technologies such as artificial intelligence, secure access service edge (SASE), multi-cloud and edge computing.

The focus will also be on industry collaboration to take advantage of the emergence of new technologies, he said.

PicKIDS: Over 400,000 children given first dose