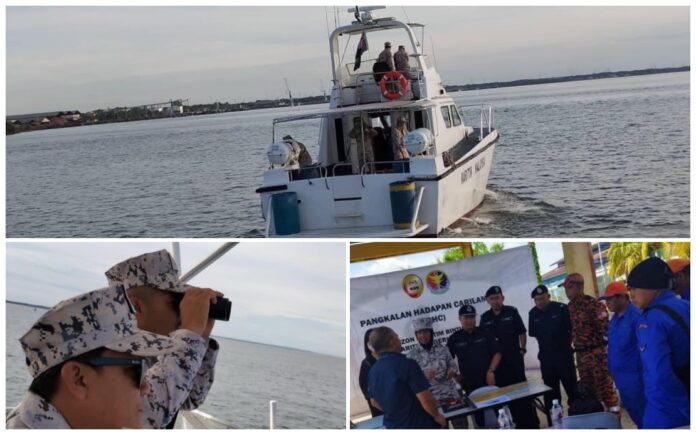 BINTULU, Sept 22 —  Six more anglers who were reported missing after the boat they were on sank in the waters of Mukah on Tuesday night were found safe today while two others were confirmed dead.

Bintulu Malaysian Maritime Enforcement Agency (MMEA) director Captain Mohd Khairol Anuar Saad said the four anglers who were rescued, were found at about 8.40 am by fishermen who were in the search area.

In a statement today, he said the crew of a fishing boat, Himajaya which was in the area found the first body at about 10.30 am before locating and saving two victims about an hour later.

“At about 12.30 in the afternoon, another body was found by Marine Police personnel in the search area. This leaves only one more victim who has yet to be found,” he said.

In a statement issued earlier, he said two of the anglers in the capsized boat were found floating and were rescued by the crew of a ship, MT Capella, which was passing by the location of the mishap at about 3 pm yesterday.

Mohd Khairul said the incident was reported to have happened at about 8.30 pm on Tuesday, approximately 34 nautical miles (63 kilometers) northwest of Mukah, before the Kuching Maritime Rescue Sub Centre (MRSC) activated a search and rescue operation half an hour later.

The Carilamat Forward Base (PHC) was also activated at the Malaysian Fisheries Development Board (LKIM) Mukah jetty at 8 am today.