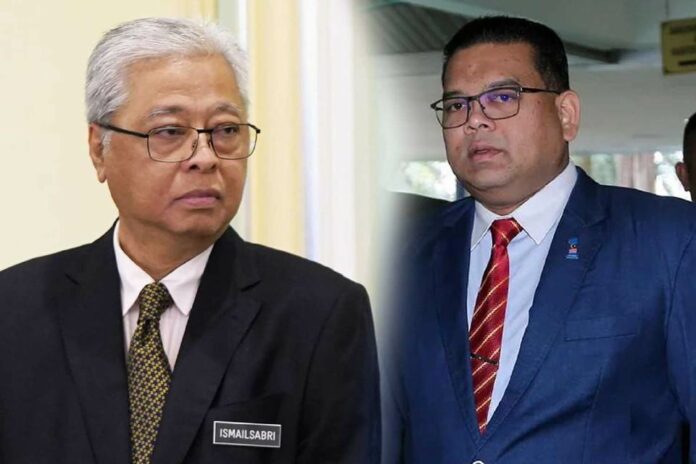 On Sept 12, Ismail Sabri obtained an interim injunction from the High Court for Lokman to delete immediately all videos on his social media accounts that allegedly defamed him.

The court ordered Lokman to remove a video, with the title ‘Bila Presiden UMNO Panggil Tak Datang! Tapi PM Ada Masa Jumpa Mahathir – Lokman Adam’, which was uploaded on the defendant’s YouTube, Facebook, Instagram and TikTok accounts and also issued an injunction to prevent the defendant either himself or his agents from making similar statements on social media or any other website belonging to the defendant.

Ismail Sabri, 62, applied for the injunction in a suit he filed against Lokman, 49, last Sept 8.

The prime minister, who is UMNO vice-president, filed the suit in his personal capacity. He named Lokman, who is an UMNO member, as the sole defendant.

In the statement of claim, Ismail Sabri stated that Lokman had on Aug 22 made defamatory statements against him in a video, with the title  “Bila Presiden UMNO Panggil Tak Datang! Tapi PM Ada Masa Jumpa Mahathir – Lokman Adam” (When Called by UMNO President, He Doesn’t Come! But the PM Has Time to See Mahathir – Lokman Adam).

According to Ismail Sabri, the words meant, among other things, that he had met with Tun Dr Mahathir Mohamad and planned or intended to plan with the former prime minister and other opposition political parties to remain as prime minister by turning his back on and betraying UMNO.

Ismail Sabri claimed that he had never met with Dr Mahathir and other political parties for the purpose nor had he engaged in unprincipled measures to prevent the dissolution of Parliament for a general election to be held so that he could remain as prime minister.

Last Sept 1, Lokman pleaded not guilty in the Sessions Court here to two charges of making and initiating offensive communications against Ismail Sabri and the government through a Facebook application under the profile name “Lokman Noor Adam Official”.

Any push for emergency now reeks of politics, says Najib

Two integrated vaccination centres in KL all set to operate from...