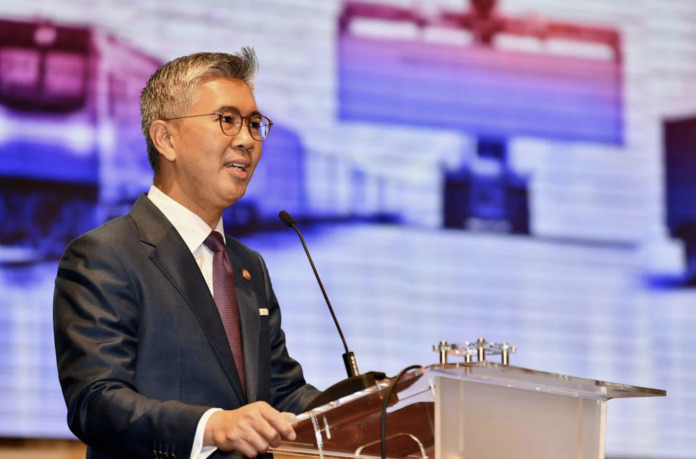 Tengku Zafrul said the strong demand was evidenced by the Sustainability MGII’s oversubscription of 2.38 times and was successfully priced at a profit rate of 4.662 per cent.

He also said the total incoming bid of RM10.7 billion was the largest since July 2019 for a long duration (equal or more than 15 years) Malaysian Government Securities (MGS)/MGII auction.

“The keen interest demonstrates investors’ vote of confidence in Malaysia’s strong economic fundamentals and growth outlook for 2022,” he said in a statement.

“The investors’ confidence and recognition are not only in Malaysia’s economic fundamentals and strong growth prospects but also in the country’s economic resilience,” he said.

On the proceeds, he said the issuance proceeds would be utilised to finance or refinance eligible social and green projects, as defined in the government’s Sustainable Development Goal (SDG) sukuk framework, similar to the US dollar sustainability sukuk issued in 2021.

He said the issuance would enable Malaysia to not only meet its commitments as a responsible nation and signatory to the Paris Agreement but also further its efforts to advance its people’s socio-economic well-being.

“The issuance is also a testament to the government’s efforts in advancing climate action as well as accelerating the transition towards achieving a prosperous, inclusive, and sustainable nation, in line with the 12th Malaysia Plan, 2021- 2025,” he added.

Apart from that, he said the issuance also showcased the Malaysian Islamic finance industry’s innovative capability and global leadership in sukuk structuring.

Tengku Zafrul said the new Sustainability MGII is expected to further entice demand from real-money investors, particularly those who are looking to formulate a sustainability portfolio.

“As the first domestic sustainability MGII issuance, this issuance serves as a new benchmark, and showcases Malaysia’s global leadership in Islamic finance, reinforcing its position as the world’s largest sukuk market,” he said.