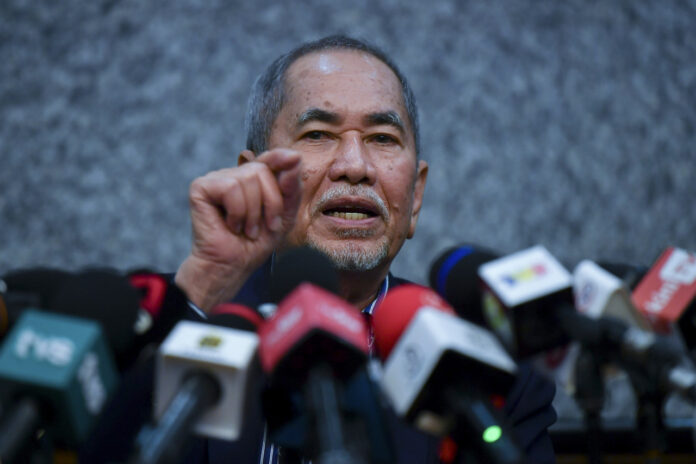 KUALA LUMPUR, Oct 2 — The final report of the special task force to review laws relating to sovereignty over Pulau Batu Puteh, Middle Rocks and South Ledge, which contains recommendations on the government’s direction in the case, will be tabled to the Cabinet on Oct 7, said Datuk Seri Dr Wan Junaidi Tuanku Jaafar.

The Minister in the Prime Minister’s Department (Parliament and Law) said the task force had completed its duties over a period of almost nine months, from Nov 9, 2021 to Aug 30, 2022, based on the terms of reference which focused on the legal aspects and Malaysia-Singapore ties.

“In order to discharge its duties successfuly throughout this period, the task force had taken various approaches, such as studying and reviewing documentation and related materials, as well as holding discussions, making working visits within and outside the country, having consultations with legal experts and hydrographers, and interview sessions with identified individuals,” he said in a statement today.

On Oct 29 last year, the Cabinet agreed to form the task force, chaired by former Attorney-General Tan Sri Mohamed Apandi Ali and comprising local lawyers who handled the case from 2016 to 2017, legal practitioners, maritime surveyors and representatives of the relevant ministries or departments.

The task force was formed to review and study the legal options for Malaysia, as well as carry out investigation relating to the withdrawal of the previous government’s review application at the International Court of Justice (ICJ) in 2018.

Wan Junaidi also reiterated the government’s commitment to ensure the country’s sovereignty and maritime borders were always protected and given priority.

He said the establishment of the task force and the implementation of its duties were clear proof of this commitment.