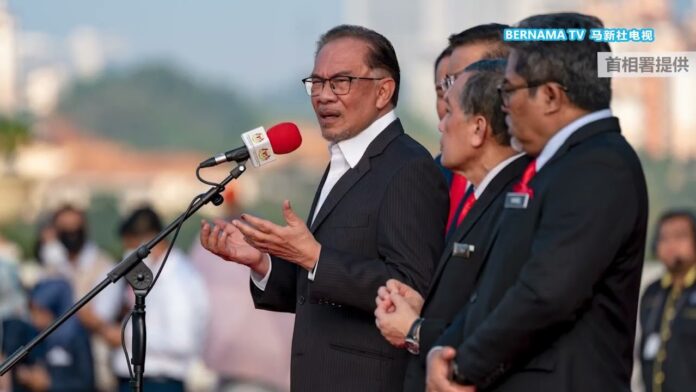 Sources said the announcement could happen any time between 3pm and 6pm.

However, the source said this was still not certain as if there was strong objection to Zahid’s appoint, then it will be his deputy Datuk Seri Mohamad Hasan instead.

“The second deputy prime minister’s post will be given either to PBB vice-president Datuk Seri Fadillah Yusof or another of its members, Datuk Seri Nancy Shukri.”

Sources said Umno secretary-general Datuk Seri Ahmad Maslan could be given a portfolio, while former health minister Khairy Jamaluddin and PKR vice-president Nurul Izzah Anwar could be appointed senators to enable them to take up ministerial portfolios.

Parti Amanah Negara president Mohamad Sabu is also likely to be given a portfolio, most probably on rural development, the sources say.

It is widely speculated that the oath-taking ceremony for those announced tomorrow will be held on Saturday, Dec 3, as the Yang di-Pertuan Agong will be out of the country from Dec 4-7.

He will leave the country again from Dec 13-19 to attend the World Cup in Qatar.

No discussions on group supporting Ismail Sabri in UMNO election –...