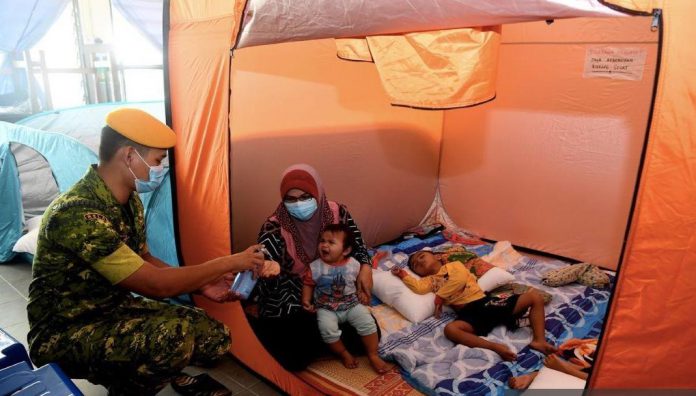 KOTA KINABALU, June 29  — The number of flood victims in Sabah increased last night with 1,007 people from 307 families sent to 13temporary evacuation centres (PPS) in several districts as of 8 a.m. today.

According to a Sabah Disaster Management Committee statement, 325 victims from 104 families were placed at four PPS in Kota Belud and 402 from 126 families at three PPS in Tenom.

“Meanwhile, 61 members of 20 families are at a PPS in Papar, 38 from 10 families at two PPS in Penampang and 44 from 12 families in a PPS in Beaufort,” the statement said.

It also stated that 132 villages in 11 districts in Sabah were affected by heavy rains last Saturday.