KUALA LUMPUR, Feb 10 — The High Court has set Feb 17 to hear the submission on the leave application for judicial review filed by Datuk Seri Anwar Ibrahim regarding the suspension of the Parliamentary session during the emergency period.

Senior Federal Counsel Ahmad Hanir Hambaly said Judge Datuk Seri Mariana Yahya had ordered parties in the case to submit on the matter in the proceedings to be held through the Zoom application at 2.30 pm.

He said this when contacted by Bernama after the case management before Judge Mariana through the Zoom application today.

Meanwhile, Sangeet said the court also requested parties to submit on the question whether Anwar’s  application to refer questions to the Federal Court ought to be heard first before the application for leave.

In the application, Anwar named Muhyiddin and the government as the first and second respondent, respectively.

He is seeking a court declaration that the decision by the Cabinet, led by Muhyiddin to advise Al-Sultan Abdullah to promulgate Section 14 of the Emergency (Essential Powers) Ordinance 2021 which resulted in the suspension of Parliament, is unconstitutional and unlawful.

The Port Dickson MP also sought a declaration that Section 14 of the Emergency Ordinance is  inconsistent with Article 150 (3) and (5) of the Federal Constitution and therefore, is unconstitutional and invalid, apart from applying for a mandamus order for both respondents to advise Al-Sultan Abdullah to repeal the section.

Anwar Ibrahim has also filed an application to refer several questions to the Federal Court pertaining to his judicial review over the government’s decision in advising the  King to declare an emergency proclamation.

The questions posed for the High Court to consider referring to the Federal Court, includes whether the decision to give advice and/or the advice given by Cabinet led by the Prime Minister to the King to suspend Parliament is subjected to the ouster clauses in Article 150 of the Federal Constitution.

The second question is whether the decision to give the advice and/or the advice given by Cabinet led by the Prime Minister to the King to suspend Parliament is reviewable by the courts. 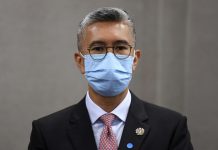 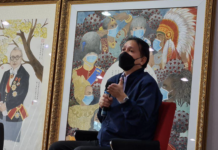 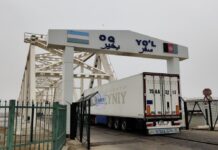