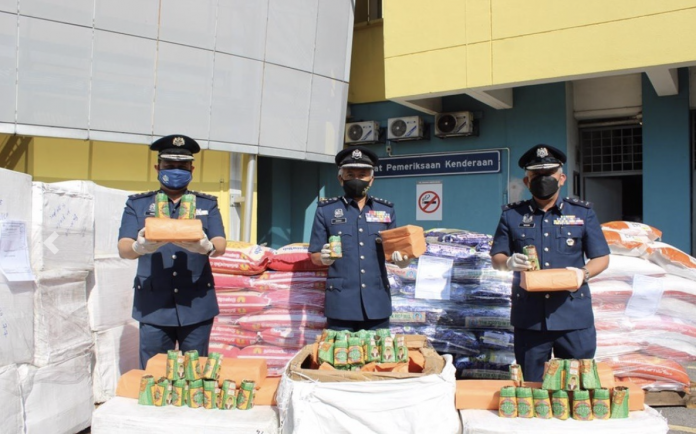 Central Zone Customs assistant principal director Datuk Zazuli Johan said the commercial goods in the 20-foot container were estimated to be worth RM101,175 involving tax and duties worth RM2.6 million.

“Physical inspections were carried out and the goods found were different from that declared,” he said in a statement today, adding that the case would be investigated under Customs Act 1967.

Zazuli also urged the public to cooperate and channel information about any smuggling activities through the Customs hotline at 1-800-88-8855, the public complaints website at http://aduan.customs.gov.my or the nearest Customs office.