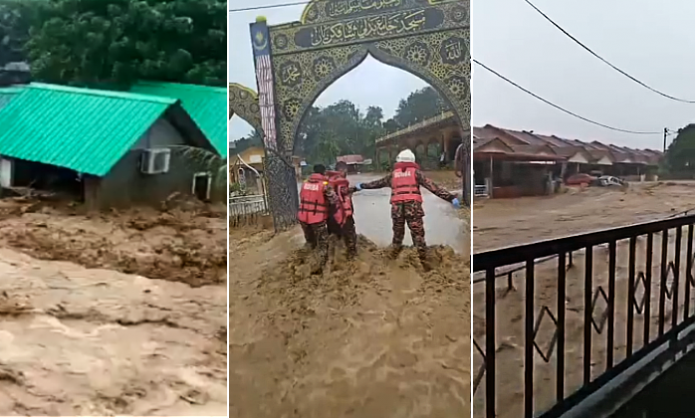 ALOR SETAR, Aug 18  — Kedah Menteri Besar Muhammad Sanusi Md Nor has denied allegations that have gone viral on social media that the floods in several villages and residential areas in the Gunung Jerai area in Yan were caused by logging activities.

He said the floods were actually due to water surges from the waterfall areas at the foot of the mountain area.

“The first report was received at about 5.30 pm today. The floods were caused by continuous heavy rains in the Gunung Jerai area and water swiftly flowed down the foot of the mountain, involving Sungai Kunyit, Sungai Teroi and Sungai Puteri Mandi.

“There are no logging activities around Gunung Jerai because the area has been gazetted as a forest reserve,” he said via WhatsApp after attending a special briefing on the disaster at the Yan District Office tonight.

He said among the affected locations were areas as the foot of the mountain and those near the rivers, namely Perigi, Teroi Bukit, Singkir, Kampung Permatang Keramat, Kampung Lubuk Boi, Pekan Yan Besar, Titi Teras, Kampung Acheh and Kampung Setoi.

Muhammad Sanusi said they were still trying to verify the actual number of residents affected by the disaster and that, according to preliminary reports, a total of 60 people needed to be evacuated immediately.

He said all the affected residents would be placed at the temporary relief centres at Sekolah Menengah Kebangsaan Agama Yan and Sekolah Kebangsaan Teroi.

He said the evacuees would be divided into three categories, namely positive (for COVID-19), quarantine and normal.

On the number of victims who were killed or injured, he said so far they had only found the body of a 60-year-old man, whose identity has yet to be ascertained.