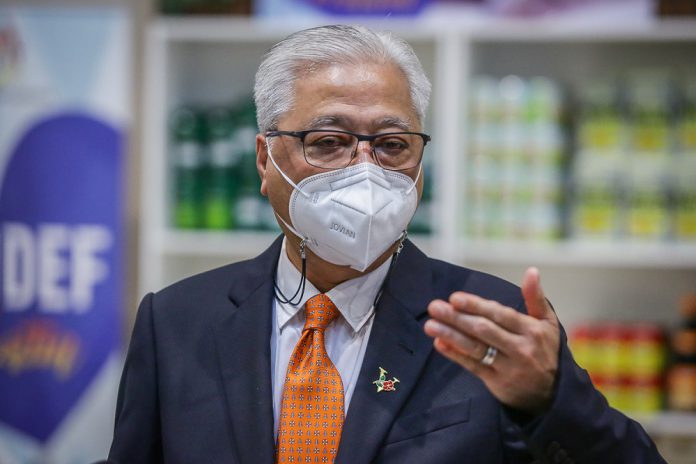 KUALA LUMPUR, Aug 20 — Less than two months after assuming the position of deputy prime minister, Datuk Seri Ismail Sabri Yaakob today has been given the mandate to shoulder the big responsibility as the country’s number one leader.

The Bera Member of Parliament (MP) was today appointed as the ninth Prime Minister, following the resignation of Tan Sri Muhyiddin Yassin as Prime Minister on Aug 16.

This was following the withdrawal of the support of 15 UMNO MPs for the Perikatan Nasional (PN) government, led by Muhyiddin, who is the Pagoh MP and president of the Parti Pribumi Bersatu Malaysia (Bersatu).

Ismail Sabri, 61, who holds a Bachelor of Law degree from the Universiti Malaya (UM), is also seen as the most qualified candidate to hold the post due to his leadership quality and extensive experience in politics and government administration.

The UMNO vice-president was also a member of the Cabinet from 2008 to 2018, before returning in March last year following the fall of the Pakatan Harapan (PH) government.

Ismail Sabri was entrusted to hold the Defence Minister portfolio, apart from being given the responsibility as Senior Minister (Security Cluster) to address the non-health aspects of the COVID-19 pandemic which hit the country since March last year.

For more than a year of holding the post, Ismail Sabri was viewed as firm and deeply concerned with the problems of the people during the pandemic that hit the country.

This is evidenced by him bringing up issues faced by the people at the National Security Council (MKN) meetings chaired by the prime minister, and then deciding on the Standard Operating Procedures (SOPs) throughout the implementation of the Movement Control Order (MCO).

Ismail Sabri was appointed Deputy Prime Minister on July 7 while retaining his portfolio as Defence Minister.

Prior to this, Ismail Sabri held the position of Youth and Sports Minister, from March 2008 to April 2009, before moving on to his duties as Domestic Trade and Consumer Affairs Minister in April 2009.

From May 2013 to July 2015, he was appointed as the Agriculture and Agro-based Industry Minister before a Cabinet reshuffle, which saw him later assumed the post as Rural and Regional Development Minister.

Among the notable initiatives implemented when he was the Agriculture and Agro-based Industry Minister was ‘jihad memerangi orang tengah’ (eradicating the middlemen), apart from introducing the ‘MARA Digital’ initiative, so that Bumiputeras would not be left behind in business in the field of information communication technology while serving as Rural and Regional Development Minister.

Ismail Sabri began his career as a lawyer in 1985, and previously served as directors of the Pahang Tenggara Development Authority (DARA) and Malaysian Tourism Promotion Board.

Born in Temerloh, Pahang, he married Datin Seri Muhaini Zainal Abidin in 1986, and they were blessed with three sons and a daughter.

He became active in politics in 1987 as a member of the Temerloh UMNO Division Committee, before being made the division’s information chief the following year and was elected as the Temerloh UMNO Youth chief in 1993.

In 1995, he served as the political secretary to the (then) Culture, Arts, and Tourism Minister, Datuk Sabaruddin Chik, before holding the position of Temerloh UMNO Division deputy chief, and later the division head in 2001.

He contested the Bera parliamentary seat in the 11th General Election (GE11) in March and defeated Ab Wahab Ismail of PAS by a majority of 4,470 votes, while the GE12 held in March 2008, saw him winning the seat against Mazlan Aliman, also from PAS, with a majority of 3,821 votes.

In the GE13, held in May 2013, and the GE14 in May 2018, Ismail Sabri retained his parliamentary seat in a three-cornered fight against Zakaria Abdul Hamid of PKR and an independent candidate.

He was elected UMNO vice-president in July 2018 and held the post of Selangor UMNO Liaison Committee chairman from 2018 to May 2019.

In March 2018, Ismail Sabri was made the opposition leader in Parliament, following the defeat of Barisan Nasional (BN) in GE14 in May that year and then was elected the UMNO vice-president for the 2018/2021 term.