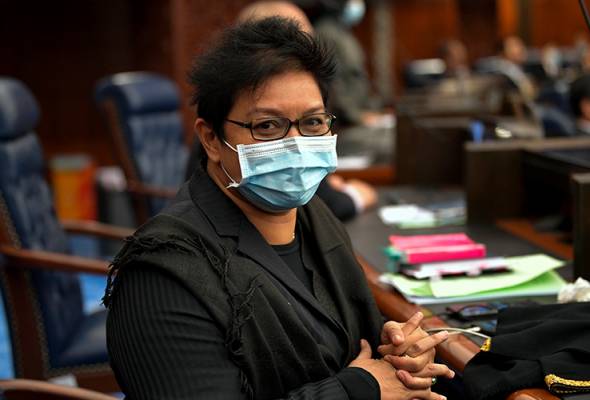 KUALA LUMPUR, Aug 23  — Pengerang Member of Parliament (MP) Datuk Seri Azalina Othman Said, in a statement tonight, confirmed that she had resigned as the Deputy Speaker of the Dewan Rakyat earlier today.

In the statement shared in her Facebook account tonight, Azalina, in stating her reasons for the resignation, said that to effectively function without fear and favour, Speakers and Deputy Speakers of the Dewan Rakyat should be suspended from political party posts in the future to ensure political impartiality.

She said there was a conflict of roles and responsibilities between being a member of UMNO’s Supreme Council and as an MP in a ruling coalition, where past events have revealed conflicting decisions within UMNO as a party and MPs of a coalition government.

“With the appointment of the new Prime Minister, and the public’s loud and clear demand for multiparty cooperation, I have tendered my resignation today to vacate my seat so that the Government and the Opposition may have more room to reset our Dewan Rakyat, (and) so that this August house can truly function as the forum for professional competition and collaboration between parties on policies and governance.

“I will support any reforms the Government and the Opposition may want to move in their collective wisdom. It has been a great honour and privilege to serve as Deputy Speaker, an office that I sincerely respect, for the past 13 months,” she added.

Besides this, she said the developments in the past 17 months have led her to reflect on the institutional defects of the parliamentary institutions including her own limitations to discharge her duty well in such setting without compromising her professional integrity.