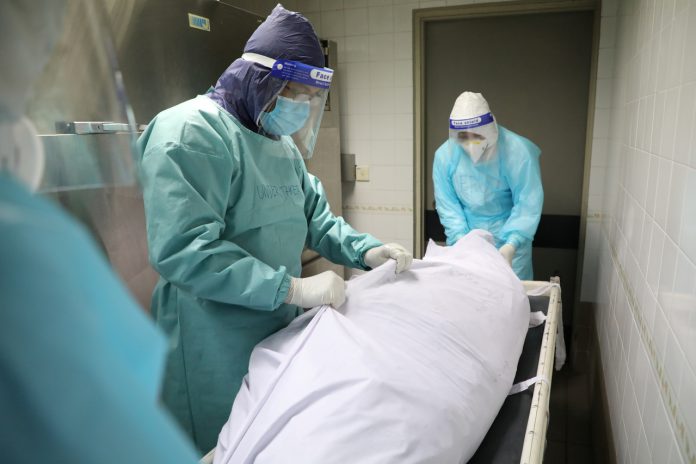 KOTA BHARU, Aug 23 — Kelantan recorded four to eight deaths daily due to COVID-19 within one month after the Aidiladha celebration last July.

State Health director Datuk Dr Zaini Hussin said the number of deaths doubled or amounted to more compared to two or three cases a day before the Aidilfitri festivities.

“The increase can be attributed to several factors including the COVID-19 virus could already be in the community which resulted in sporadic cases and eventually creating clusters in the state.

“We could also see an increase in cases after Aidiladha which could be due to home visits during the celebration.”

Dr Zaini said this to reporters after attending a press conference on the Special Report on the Receipts and Expenditure of the Kelantan Islamic Religious and Malay Customs Council for January until June 2021 at the Sultan Ismail Petra Panji Silver Jubilee Multipurpose Hall Complex today.

He said he expected a drop in daily COVID-19 cases in the state after 80 per cent  of its people had been vaccinated and the absence of new variants.

“According to the COVID-19 daily case trend in the state which is now registering four figures a day, we cannot dismiss the possibility of the spread being due to the Delta variant which has become dominant in the state,” he added.

“We are targeting that by October, 80 per cent of the state’s population are already vaccinated since we will be getting 800,000 doses this month. I would like to thank the Selangor Health Department which had agreed to lend their vaccine to the people of Kelantan.

“At the moment, the capacity at all our vaccination centres is 33,000 doses a day and we expect one million people to be vaccinated within one month.

“In case the vaccine supply exceeds one million doses in Kelantan, we will provide a mega vaccination centre (PPV) but if  the figure is less than a million, we will only be using the existing PPV,” he said.

Melaka State Election : UMNO to decide on seat allocation in...