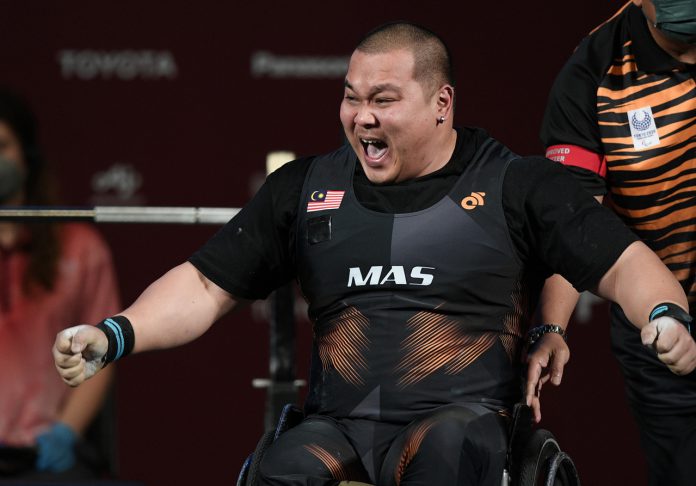 Despite being unsuccessful in his first attempt to lift 230kg, he bounced back to confirm the silver medal in his second attempt, this time lifting 237kg.

However, the 32-year-old hairdresser from Batu Kawa, Kuching was later unable to improve further when he failed in his third and final attempt to lift 245kg.

Yee Khie’s success means he got to make up for his disappointment after finishing seventh in the 97kg category when making his Paralympics debut in Rio 2016.

This is the second medal won by the national powerlifting camp, after Bonnie Bunyau Gustin, who competed in the men’s 72kg category, made history by becoming the first athlete to win gold for the national contingent in the prestigious games last Saturday.

Bonnie not only won gold, but also broke the Paralympics record after lifting 228kg.

The previous record of 227kg was held by Rasool Mohsin of Iraq who achieved the feat at Rio 2016.

In today’s action at the Tokyo International Forum, the gold medal was won by Mongolian athlete Sodnompiljee Enkhbayar who did 245kg, which is a new Paralympics record in the category.

Soon after, he once again stole the limelight when he broke his own record after lifting 245kg in his second attempt.

The bronze medal went to Saman Razi from Iran who did 231kg. Today is the last day of the powerlifting competition at the Games.

Gov’t has not made decision to make COVID-19 vaccination compulsory –...