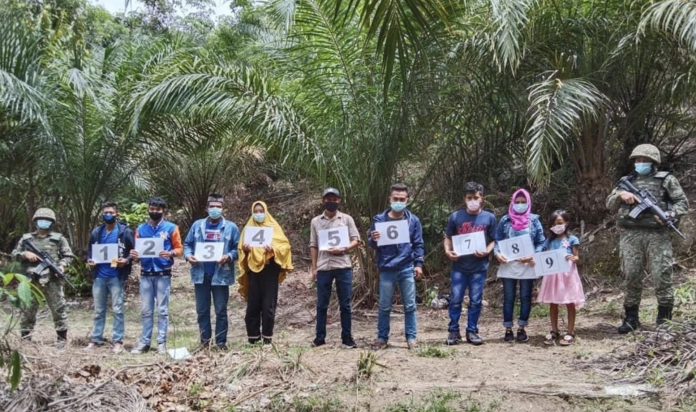 KUCHING, Aug 30 — The Malaysian Army’s First Infantry Division has ordered 12 illegal immigrants from Indonesia who were trying to enter Sarawak to turn back, in two separate incidents on Sunday.

The division’s Public Relations Cell, in a statement today said in the first incident around 2 pm, three individuals believed to be illegals were found walking to enter the Malaysian border while the army personnel was patrolling at the rat trail around Kampung Stass, Serikin in Bau.

“After being arrested and interrogated, the individuals, aged between 20 and 35, were found to not having any valid travel documents and they wanted to enter Malaysia to look for jobs,” it said.

The second incident occurred at 4.45 pm where nine individuals from Indonesia were trying to enter Malaysia illegally through a rat lane in Biawak, Lundu.

They comprised six men, two women and a girl, aged seven to 53, who also did not have valid travel documents, the statement added.