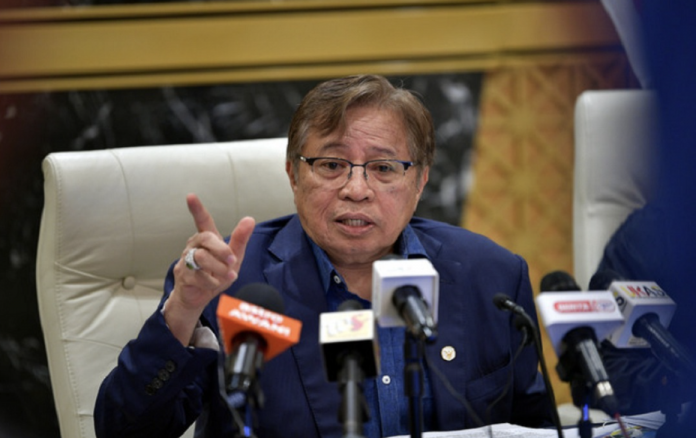 KUCHING, Aug 30 — Sarawak leaders during the pre-independence era had considered the environmental and geopolitical conditions then, when they decided to bring Sarawak together with Malaya and Sabah to form Malaysia, said Chief Minister Datuk Patinggi Abang Johari Tun Openg.

He said the decision was made with the hope that Sarawak could follow in the footsteps of Malaya which had made some progress and the spirit of the previous leaders could be continued by the present Sarawak generation to enable the state to be a developed high-income state by 2030.

“The opportunity to succeed is everywhere and with the right knowledge, skills, abilities and attitude I am sure we can all succeed in whatever field we venture,” he said in his message in conjunction with National Day tomorrow.

He said in the past, threats to the security and stability of the country, especially Sarawak came from the spread of ideology and armed groups.

“The ideological threat especially from Western countries is far from over. Do not be influenced by the elements brought in through certain NGOs to threaten the social and political stability of the state because in the end, only Sarawakians will help Sarawakians,” he said.

Abang Johari said the Gabungan Parti Sarawak (GPS) government under his leadership is always open for sincere discussions  with any party to resolve problems that may arise in the interest of the people and the state.

“Foreigners or outsiders who try to influence us for various reasons will not be with us until the end,” he said.

Meanwhile, Sarawak Deputy Chief Minister I Datuk Amar Douglas Uggah Embas in his message hailed the determination and commitment of every citizen as they face the second challenging year in the fight against COVID-19.

Deputy Chief Minister III Datuk Amar Awang Tengah Ali Hassan in the meantime called on the younger generation to appreciate the struggles of past leaders who had laid the foundation for a peaceful and prosperous nation.

“This Federation of Malaysia spirit must be understood by the young and that only with understanding and the spirit of unity, will we be able to drive our country forward,” he said.

Tender process for facility upgrade of school in Miri to start...