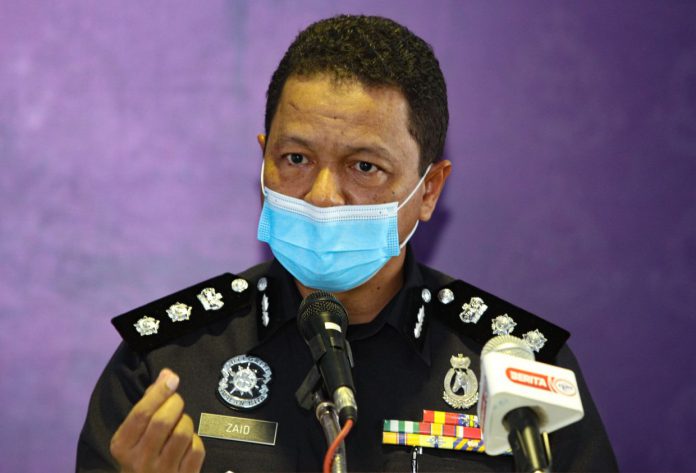 KUALA LUMPUR, Sept 3 — Police rescued a Bangladeshi man, suspected to have been abducted by his fellow countrymen, at a house in Bandar Teknologi Kajang, yesterday.

Kajang district police chief ACP Mohd Zaid Hassan said the disappearance of the victim, 39, was reported by the complainant who said that his employee had been missing since Aug 27 and believed to have been abducted, after he was informed by the victim’s wife in Bangladesh.

He said the victim was believed to have been abducted by the suspects from Taman Jelok Ria area, here.

“Three days later, the suspects had asked for an additional one million Taka to free the victim who was kept in an undisclosed location,” he said in a statement today.

Mohd Zaid said members of the Criminal Investigation Division of the Kajang district police headquarters had arrested four suspects, aged between 30 and 40, in front of a shop in TTDI Grove Kajang less than 24 hours after the report was lodged.

“As a result of the interrogation, the suspects took the police to a residential area in Bandar Teknologi Kajang and found the victim in a small room on the top floor of the house in a weak condition with both hands handcuffed and legs chained.

He added that police also arrested a local woman, who was the wife of one of the suspects, and all suspects will be brought to Kajang Court today for remand.

Mohd Zaid said the case was being investigated under Section 365 of the Penal Code for kidnapping or abducting a person with intent to cause that person to be secretly and wrongfully confined, as well as under Section 384 of the same law for extortion.