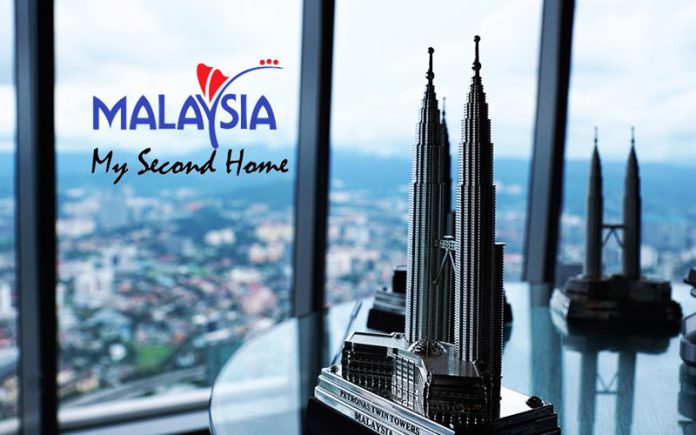 KUALA LUMPUR, Sept 5 — Home, as the saying goes, is where the heart is. That is why more that 50,000 expats have chosen to call Malaysia their home under the Malaysia My Second Home (MM2H) programme, citing reasons ranging from their love for local food to cultural diversity.

While enjoying certain benefits as they live here, they also contribute dynamically to the larger economy and create a niche market demand for locations that meet their high expectations.

Sri Hartamas in Kuala Lumpur and Batu Feringghi in Penang are among the areas that have attracted these expats owing to their strategic locations as well as surroundings.

However, the MM2H programme has recently come under a harsh spotlight due to changes in the criteria that applicants must fulfil, with a survey showing that over 90 per cent of MM2H visa holders and prospects disapprove of the new terms.

The government has said the changes were made to attract higher quality applicants. However, is this the right time to do so when nations are still struggling to combat the COVID-19 pandemic?

A question of timing

Muhammad Ridhuan Bos Abdullah, a senior lecturer at Universiti Utara Malaysia’s (UUM) School of Economics, Finance and Banking, said that while changes may be implemented, these should be gradual.

In his view, any change should take into account the local and international economic recovery scenario amid efforts to break the chain of COVID-19 transmission.

”Such changes cannot be done in a drastic manner. This is because the labour market is quite weak following the COVID-19 pandemic that remains a concern for the global community,” he said.

From the local economic standpoint, many people continue to be directly impacted by the pandemic which began early last year, as seen by the rise in unemployment rate to 4.8 per cent in June 2021 involving 768,700 people.

Therefore, Muhammad Ridhuan said, changing the programme requires a more appropriate policy that factors in the economic situation as well as household expenditure and current profile of MM2H holders.

In improving the policy, the government must also be open to accepting the stakeholders’ views given that the MM2H holders comprise professionals from various economic sectors that can directly stimulate the domestic economy, he added.

Following the announcement of the stricter MM2H conditions, a TEG Media survey of MM2H participants found that there was a surge in potential pull-outs from the programme.

TEG Media chief executive officer Andy Davison said that based on the poll of over 900 MM2H existing visa holders and prospects, about 98 per cent of respondents in both categories are not willing to meet the new terms.

“Most of them are also not willing to put RM1 million in a fixed deposit account in Malaysia because the local currency has been depreciating for quite some time, and the interest rates are very low,” Davison, a long-term expat who has stayed in Malaysia for over 25 years, said on the website mm2h.com.

(TEG Media is an approved agent for the MM2H programme.)

The new terms have also caused anxiety and outcry from individuals and organisations as existing MM2H holders too will be subject to the changes that were initially thought to apply only to new applicants.

Should they fail to qualify, a lot of money would flow out of the economy and real estate would be put up for sale, which does not bode well for Malaysia.

With the new terms, people are now considering whether they should join or re-join the programme, and even whether they could meet the tougher terms.

According to Davison, about 500 prospects in the survey, or 97.5 per cent, said they would not take up the programme under the new terms.

According to Home Ministry data, the MM2H programme managed to stimulate the country’s economy with a cumulative gross value added income of RM11.89 billion from 2002 to 2019 through visa fees, property purchases, personal vehicle purchases, fixed deposits and monthly household expenditure.

Based on collective data by Tourism Management back in 2017, MM2H holders aged 60 to 69 years old, mainly hailing from Japan, United Kingdom and Australia, were residing in various locations in Malaysia for 10 to 12 months.

They had spent an average of RM6,030 a month, contributing RM1.68 billion per year to the Malaysian economy.

However, the new MM2H requirements have raised a few eyebrows, being introduced at a time when the country’s property sector is facing an oversupply problem.

Under the latest conditions, MM2H visa holders will need to have a monthly income of at least RM40,000 compared to RM10,000 previously, show liquid assets amounting to RM1.5 million (RM300,000 to RM500,000 previously) and have a fixed deposit of at least RM1 million, and stay in the country for 90 days per year.

In announcing the plan to review the MM2H terms recently, the Home Ministry pointed out that the terms had not changed since 2002. The review’s aim, it said, is to ensure that foreigners who wish to reside here under the programme are of quality and can contribute to the economy.

UUM’s School of Economics, Finance & Banking associate professor, Dr Wong Woei Chyuan, stressed that while the requirements for participants can be improved, the programme must also improve its competitiveness and attractiveness.

“Malaysia has many unique advantages, but we have to be competitive.

“A deeper engagement with stakeholders must be conducted to formulate a plan to attract the higher net worth individuals and families to Malaysia, or we would lose the revenue generated from MM2H to neighbouring countries such as Thailand, Singapore and Indonesia,” said Wong.