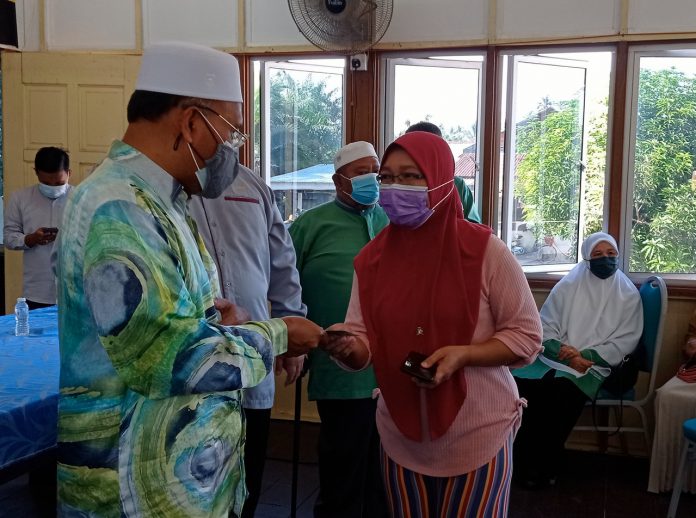 BUKIT GANTANG, Sept 5 — The public has been advised to not be influenced by the deviant teachings of the “Perjalanan Mimpi Yang Terakhir’ (PMYT) group.

Minister in the Prime Minister’s Department (Religious Affairs) Idris Ahmad, in thanking the police for the swift action taken, leading to the arrest of the leader, said the matter not only involved religious issues, but also a threat to the country’s security.

He told reporters after handing over aid to flood victims in three villages here that his office, with the cooperation of the Islamic religious department in all states, is monitoring the group.

He advised Muslims in the country intending to learn more about Islam to go to classes organised at mosques or surau as they are monitored by religious authorities.

Do not get involved in purportedly Islamic religious teachings that are held in secluded or hidden places, he said.

“Don’t believe and be influenced by strange teachings. Refer to the religious authorities for verification on teachings that you are not sure of or doubtful about,” he added.

Yesterday, police arrested a 39-year-old woman, believed to the leader of the PMYT group, at her residence in Shah Alam, Selangor.

The woman went viral recently claiming that the Third World War would start in Sabah and that she would lead her team to find Imam Mahdi to fight the enemy.