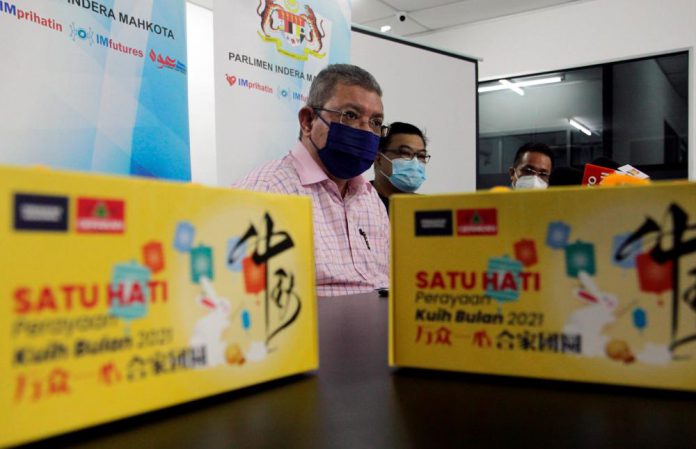 KUANTAN, Sept 18 — The Foreign Ministry is closely monitoring the detention and legal process imposed on a Malaysian man who allegedly entered Somalia to engage in the activities of the Al-Shabab group, said its minister Datuk Saifuddin Abdullah.

He said Malaysian Embassy officials in Khartoum, Sudan had made a consular visit to ensure the welfare and health of the man, known as Ahmad Mustakim Abdul Hamid, are taken care of.

“The ministry will continue to monitor developments in the case and will provide the necessary assistance to him by ensuring his rights and welfare are always protected and that he gets a fair trial in accordance with the law.

“We are allowed to make consular visits, and we have also contacted his family to inform them about his condition.

“We must respect the laws of the respective country, and we may ask for our embassy representatives to attend his court proceedings,” he said in a news conference at the Indera Mahkota Parliamentary Service Centre here today.

Meanwhile, commenting on the security partnership involving Australia, the United Kingdom and the United States, known as AUKUS, Saifuddin said he had asked for detailed information on the ownership of the assets concerned.

“I was contacted by Australian Foreign Affairs Minister Marise Payne, and she explained about the submarine project with the intention to avoid misunderstanding,” said Saifuddin, who is also the Indera Mahkota Member of Parliament.

During the phone call, Saifuddin stressed that Malaysia adheres to the principle of the ASEAN Zone of Peace, Freedom and Neutrality (ZOPFAN), as well as the Southeast Asia Nuclear-Weapon-Free Zone (SEANWFZ) and the United Nations Convention on the Law of the Sea (UNCLOS).

“Our view is that this matter may trigger reactions from other superpowers, and we don’t want to get caught up in an arms race between them,” he said.