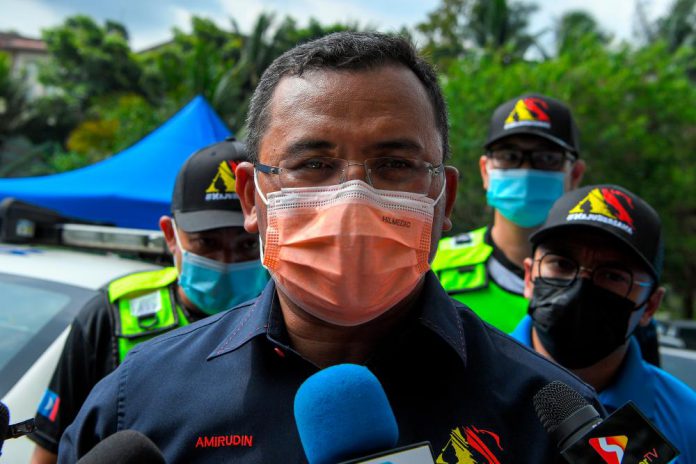 Selangor Menteri Besar Datuk Seri Amirudin Shari said this was because all the houses in the affected area, including three bungalow lots, namely Lot 6, 8 and 10, were still unsafe for occupation and it is feared that further earth movements would occur.

“In the incident, three bungalows were also affected where parts of the building structure gave way and slipped into a nearby river or fell onto the housing area below,” he told reporters after inspecting the scene today.

Amirudin said for now, the Ampang Jaya Municipal Council would place canvas sheets over the landslide area to prevent water exposure which could cause further landslide, following the unpredictable weather.

In addition he said, to ease the burden of the 27 families affected by the landslide, the state government had also given a special assistance of RM500 to each family.

Earlier today, Gombak Member of Parliament Datuk Seri Azmin Ali informed that he has requested  an allocation of RM1 million from the Finance Ministry for the purpose of installing sheet piling to prevent soil movement at the areas at risk of a landslide.

Three bungalows and 12 townhouses involving 27 families were affected by a landslide at Jalan Kemensah Heights here last night. However, no injuries were reported.