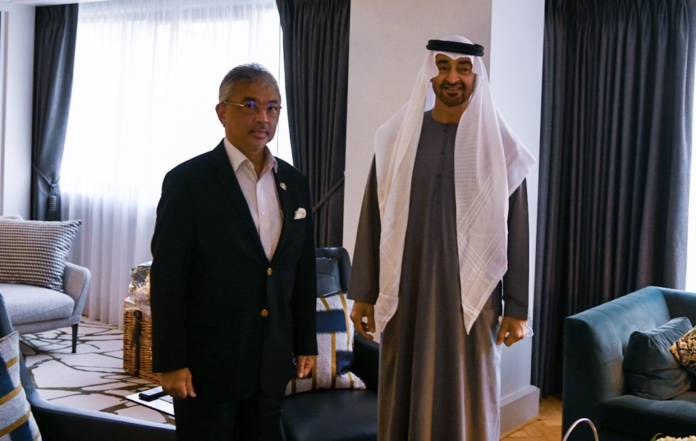 Comptroller of the Royal Household for Istana Negara Datuk Ahmad Fadil Shamsuddin in a statement today said Al-Sultan Abdullah also expressed satisfaction and pleasure for having met with the Malaysian diaspora in the UK, saying that it was an important opportunity for him to learn about his subjects, their development and the status of their wellbeing, wherever they are.

“His Majesty also expresses pride in the capability and success of Malaysian-owned companies and government agencies running business and investment in the UK,” he said.

The special visit by Al-Sultan Abdullah and Raja Permaisuri Agong Tunku Hajah Azizah Aminah Maimunah Iskandariah to the UK was from Sept 17 to 26, and the royal couple will stay back in London before returning home next month.

The special visit is the royal couple’s second to the UK since Sultan Abdullah became the Yang di-Pertuan Agong, with their first being a seven-day trip starting from Dec 9, 2019.

The TARRC, on the other hand, is a rubber research and promotion centre for the Malaysian Rubber Board established in 1938 and originally known as British Rubber Manufacturers Research Association.

Ahmad Fadil said during the special visit, the King also met with the Crown Prince of Abu Dhabi Sheikh Mohammed Zayed Al Nahyan in London during which they discussed bilateral ties and efforts to enhance Malaysia and United Arab Emirates cooperation in other fields.

“Both of them had attended the Sandhurst Military College in 1978 and 1979 and have remained close friends until today,” he said.

The success of Petronas in inking the two MoUs followed the special visit of Al-Sultan Abdullah to Abu Dhabi in December last year.

Malaysia able to raise funds in time of need — Economist