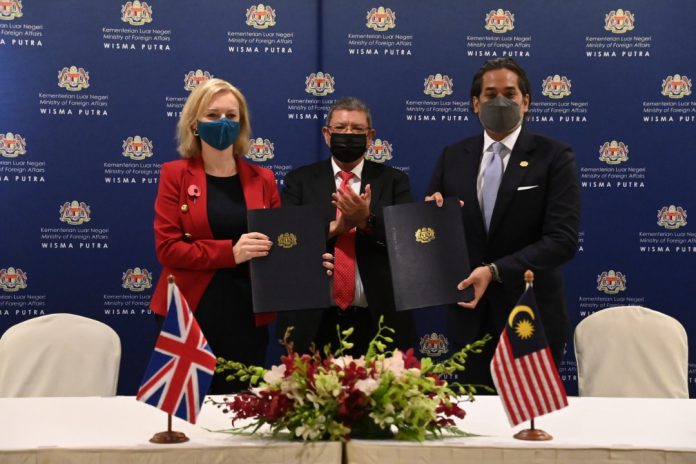 KUALA LUMPUR, Nov 8– Malaysia is ready to discuss with the United Kingdom (UK) on opening up the vaccinated travel lane (VTL) for its fully vaccinated citizens to enter Malaysia without having to undergo quarantine.

Health Minister Khairy Jamaluddin said the matter had been conveyed to UK Secretary of State for Foreign, Commonwealth and Development Affairs Elizabeth Truss with the consent of Foreign Minister Datuk Saifuddin Abdullah in their meeting here today.

“We will discuss technical matters and we will soon announce the VTL timeline for UK travelers who want to enter Malaysia,” he said after the meeting with Truss.

Truss arrived in Malaysia on Sunday as part of her first visit to Southeast Asia since being appointed UK Foreign Secretary in September 2021.

Meanwhile, Khairy said he had informed Truss on Malaysia’s hopes that the UK will consider allowing Malaysian travellers who received the Sinovac vaccine to also enter the UK without having to undergo quarantine.

According to him, currently, only Malaysian travellers who have received certain types of vaccines are allowed to enter the country without having to undergo mandatory quarantine.

“I was informed earlier that there is good news from the UK that will be announced later. We are hoping it will be about them recognising the Sinovac vaccine, so recipients of the vaccine will also be given quarantine-free privileges when visiting the UK.

“We would like to thank the UK for being willing to consider Malaysia’s proposal and request and also from other nations which use the vaccine as it (vaccine) is also recognised by the World Health Organisation (WHO),” he said.

Asked about the Delta AY.4.2 subvariant detected in two import cases in the country, Khairy said it was still categorised as a variant under investigation (VUI) and had not been defined as a variant of concern (VOC).

He said the subvariant is still under investigation and monitoring in the country.