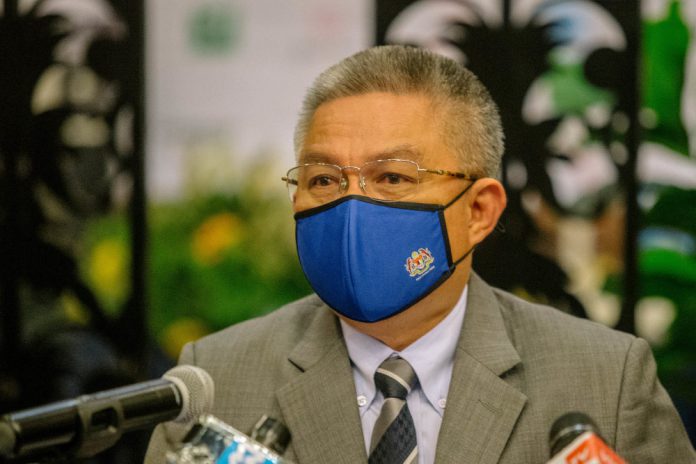 Citing an example, he said the use of Internet of Things (IoT) technology in the smart agriculture and aquaculture sector could improve the skills of local farmers and increase their yields.

“The IoT usage in the industry in Malaysia is also expected to contribute RM9.8 billion to the gross national income in 2025,” he said in a speech in conjunction with the launch of the Sabah Sandbox Digital IoT pilot programme here today.

Through IoT,  local Sabah companies could automate operations and this would reduce labour costs, waste and improve service delivery, increase competitiveness by lowering manufacturing costs, and increase transparency with customers, he said

“IoT will also accelerate the adaptation of emerging technologies such as artificial intelligence and robotic technology and further open up space for monetisation of data,” he said.

He added that the Sabah Sandbox Digital IoT would create an industrial IoT ecosystem to encourage the development, dissemination and use of IoT technology, and strengthen Sabah’s position as an IoT centre of excellence to generate economic growth.

“I believe this can also attract experts in various fields to come together and generate ideas and inspiration for state development in various related sectors,” he said.

At a press conference after the ceremony, Yakub said the Sabah Sandbox Digital IoT was the eighth one-stop IoT technology centre of its kind in the country and the first in East Malaysia.

He said the centre, which would be located at Wisma Bandara here, would gather experts in IoT technology to provide guidance and assistance to locals and Sabah industry players.

“It is like a technology laboratory to help develop innovation and help up to the marketing level, it will boost the development of innovation to shape Sabah’s economy and encourage research and development in science, technology and innovation,” he added.

Emergency Ordinance not to restrict media freedom, criticism of govt –...

COVID-19: MOTAC ON THE LOOKOUT FOR NEW MARKETS