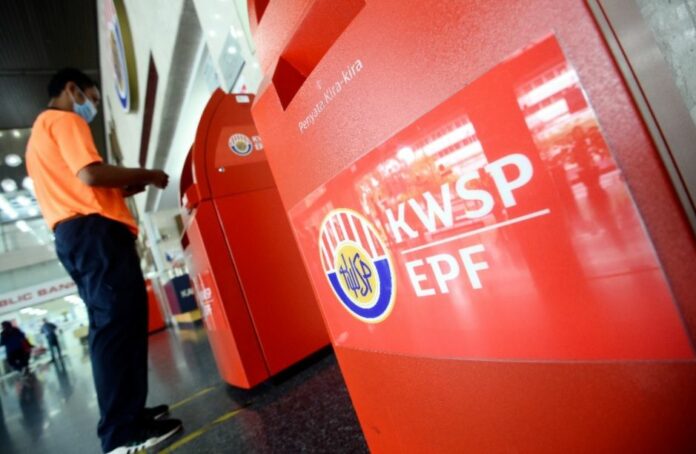 KUALA LUMPUR, March 2  — The Employees Provident Fund (EPF) has declared 6.10 per cent dividend for conventional savings for 2021 with a total payout of RM50.45 billion, surpassing the 5.45 per cent dividend declared during the pre-pandemic year of 2019.

He said the healthy dividend delivered in 2021 was due in part to the board’s healthy and globally diversified portfolio.

“The RM101 billion pandemic-related withdrawals since the year 2020 had resulted in 48 per cent of EPF members having less than RM10,000 in their accounts.

“We hope that this dividend and our continued performance will help us begin the process of rebuilding our members’ retirement savings, as economic recovery takes shape over the course of the year,” he told a media briefing on the EPF 2021 financial performance here today.

According to him, the primary concern with the withdrawals was the impact on members’ retirement adequacy.

However, he said, despite the challenge of managing liquidity in the face of these outflows, the EPF had the capability and agility to respond with minimal impact to financial market.

For 2021, Amir Hamzah said the EPF had rebalanced and managed its investment portfolios by acquiring shares that were fundamentally strong at attractive prices, as well as capitalising on its overseas investments, which contributed 56 per cent to its overall returns.

As at Dec 31, 2021, he said the EPF recorded an increase of 6.0 per cent in total gross investment income to RM67.06 billion from RM63.45 billion in 2020, driven by the progressive recovery of the equity markets and most asset classes amid the global rebound.

“For 2021, the EPF recorded its first ever negative net contribution (contributions after withdrawals) in 20 years of RM58.2 billion, but remained steadfast and prudent in its long term investment strategies while adapting to the challenges to ensure long-term sustainable returns.

“The EPF recorded a gross investment income of RM67.06 billion, with RM6.91 billion allocated to Simpanan Shariah,” he said.

Amir Hamzah said the performance was attributed to the EPF’s diversified approach as guided by its Strategic Asset Allocation (SAA), which has kept the fund resilient to financial shocks and remain stable in unprecedented situations.

The crediting of the dividends for both conventional savings and Simpanan Shariah will be completed on March 6, 2022, and members may check their accounts via i-Akaun or get their statement from EPF kiosks nationwide.

Travellers from countries with travel restrictions allowed to enter Sabah with...