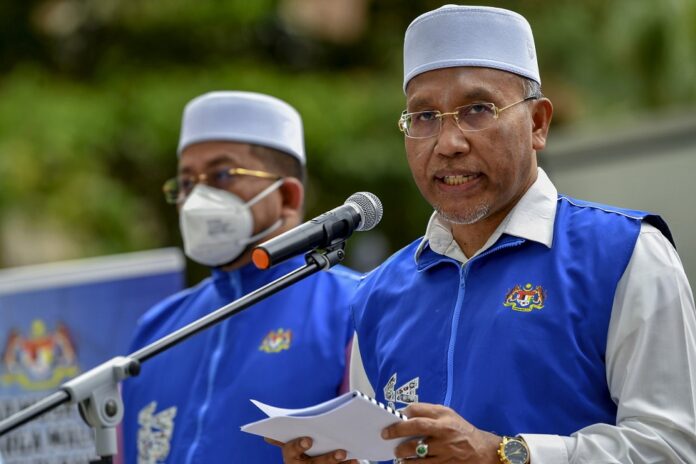 KEMAMAN, March 7 — The Prime Minister’s Department (Religious Affairs), through its various agencies, has allocated RM1.7 million to assist the people of Terengganu who were affected by the recent floods.

Its minister, Senator Datuk Idris Ahmad, said the special allocation would benefit over 7,000 households, who will receive various types of assistance, including cash and daily necessities.

“We will channel this aid to the agencies involved in the state, such as MAIDAM (Terengganu Islamic Religion and Malay Customs Council), which will then distribute to the flood victims,” he told reporters after the presentation of aid from the Jakim Flood Musaadah Fund here today.

Approximately 200 flood victims around Kemaman each received aid comprising cash of  RM300 and daily necessities from Idris at the event.

In another development, Idris said he would leave it to the Ministry of Domestic Trade and Consumer Affairs (KPDNHEP) to investigate the allegation that calamari squid rings are made out of pig rectum or intestines which had gone viral on social media and WhatsApp recently.

At the same time, he said Jakim (Department of Islamic Development Malaysia) is investigating the halal status of the product,” he added.

Penang Development Office Monitoring Projects To Ensure They Are Ready On...

COVID: Almost 33 per cent of children in Malaysia fully vaccinated