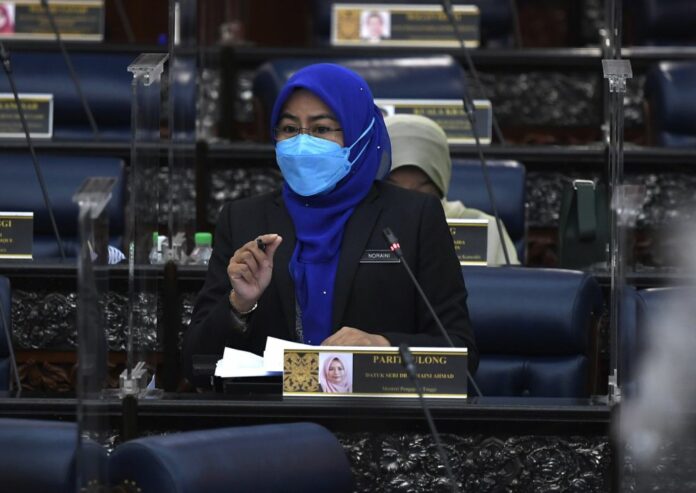 KUALA LUMPUR, March 15 – The Director-General of Higher Education has been asked to have a detailed discussion with universities regarding the proposal for institutes of higher learning (IPT) not to hold examinations from Fridays to Sundays.

“Yang Berhormat Tuaran (Datuk Seri Madius Tangan) has expressed his view that IPTs should not hold examinations from Fridays to Sundays. The Ministry of Higher Education (MOHE) very much welcomes the proposal.

“But for your information, the examination system at IPTs is not centralised like other public examinations such as Sijil Pelajaran Malaysia. All IPTs have different academic calendars,” she said winding up the debate on the motion of thanks for the Royal Address for the ministry in the Dewan Rakyat today.

Meanwhile, she said the Universiti Teknologi Mara (UiTM) Tawau campus will be upgraded and operate as a full-fledged campus by 2025.

Noraini said the campus would offer suitable courses and full courses so that students in Sabah would not have to venture out.

He said among the factors causing the disruption of electricity supply at the distribution level were interference of wildlife, cables caught in trees, cable damage and overload caused by illegal connections.

“To reduce the System Average Interruption Duration Index (SAIDI) in Sabah, KeTSA has set up a Special Task Force led by the Energy Commission and also comprising KeTSA officers, Tenaga Nasional Berhad (TNB), Sabah Electricity Sdn Bhd (SESB), industry representatives and technical experts who will formulate an action plan towards the reduction of SAIDI Sabah in 2025,” he said.

Takiyuddin said KeTSA targeted SAIDI in the state to be reduced to 150 minutes of downtime by 2025 compared to 332 minutes downtime recorded last year.

Law enforcement approach on corruption must change over time – Azam