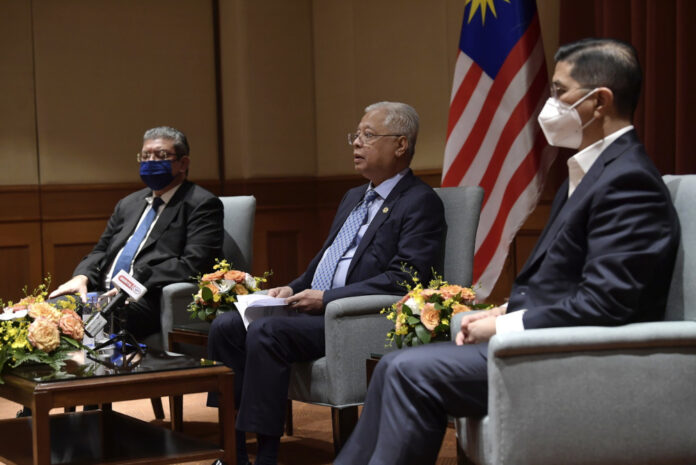 HANOI, March 22 — Malaysia is ready to offer its expertise and advisory services to Vietnam and Vietnamese companies that have expressed interest in enhancing cooperation with Malaysia on the development of the country’s Halal industry.

Prime Minister Datuk Seri Ismail Sabri Yaakob said the collaboration has already begun, and the task has been entrusted to the Halal Development Corporation (HDC) Malaysia.

Speaking to the media at the conclusion of his two-day visit to Vietnam yesterday, he said he had discussed potential Halal collaborations with Vietnam, especially on the opportunity to supply Halal food during the 2021 Southeast Asian (SEA) Games which will be hosted by Vietnam in May this year.

He added that Malaysia is also ready to offer its Islamic banking products as well as its assistance in expanding the Halal ecosystem in Vietnam.

“(Senior Minister and International Trade and Industry Minister) Datuk Seri Mohamed Azmin Ali had met up with Vietnam’s Trade Minister who highlighted Vietnam’s urgent need to purchase petroleum or RON95 from us.

“I had spoken to Petronas’ president on this matter and we agreed for an initial supply of 300,000 barrels of RON95 petrol to Vietnam,” he said, adding that Malaysia is willing to continue supplying the fuel to Vietnam if the need arises.

On trade cooperation, Ismail Sabri said the two countries had agreed to set a higher trade value target compared to the initial target of US$18 billion (US$1=RM4.21) by 2025, adding that the target amount was rather small in view of the vast potential opportunities presented by both countries.

He said Vietnam is Malaysia’s fourth biggest trade partner in ASEAN and the 11th in the world, noting that in 2021, bilateral trade had increased by 41.6 per cent to US$16.7 billion compared to 2020.

He highlighted that Malaysia’s total global trade value had surpassed RM2 trillion (US$477 bilion), while Vietnam’s had reached close to US$650 billion.

“We have agreed for the 4th Meeting of the Joint Trade Committee (JTC) to be held in the near future to set the direction on the Malaysia-Vietnam bilateral trade targets and also look into Vietnam’s aspirations to achieve trade balance with Malaysia,” he said.

During his visit, Ismail Sabri also took the opportunity to invite Vietnam investors to explore and increase their investments in Malaysia in fields such as digitalisation, smart manufacturing and cybersecurity.

“The Malaysia Automotive, Robotics and Internet of Things Institute (MARii) and FPT Software Vietnam is already collaborating to develop a Center of Excellence for Future Industry (CoEFI) worth almost RM100 million in the automotive, Connected Mobility, Robotics, Internet of Things (IoT) and digitisation fields.

“I would like to thank FPT Software for its commitment to train 1,000 Malaysian workers in software development and engineering which starts this year in Kuala Lumpur and Sabah,” he said.

Briefing to decide date for transition to endemic phase next week...